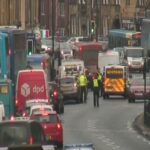 In 2020 two people were killed and over fifty seriously injured on Newcastle's roads alone. These are not 'statistics', they were mums, dads, children, friends and neighbours. Four of those serious injuries were on or near Gosforth High Street. Almost two thirds of those seriously injured were classified in official reports as being pedestrians or cyclists. Although the vast majority of incidents are still not reported in the media, other than to warn of potential delays, thanks to local press END_OF_DOCUMENT_TOKEN_TO_BE_REPLACED 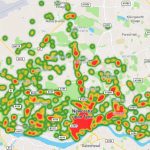 In 2019 we started to track local media stories about people hurt or killed in road traffic collisions in Newcastle. As it turns out, there are quite a lot of them. END_OF_DOCUMENT_TOKEN_TO_BE_REPLACED
Follow @space4gosforth