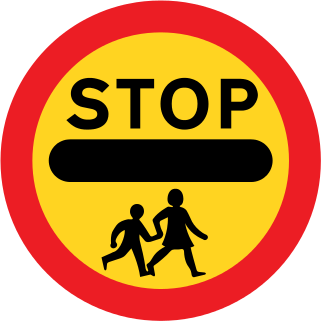 Re: The Decision to remove School Crossing Patrols in Newcastle upon Tyne

We are writing to urge you to reconsider the decision made on 1 March 2017 to remove all but two of Newcastle’s School Crossing Patrols.  Whilst we understand that difficult decisions must be made as a consequence of a reduced budget, we feel that children’s safety in particular should be considered a priority.

The SPACE for Gosforth vision is for the streets of Gosforth and Newcastle to be safe for residents of all ages, and for walking and cycling to be safe, practical, and attractive travel options. We feel that this is the standard that needs to be achieved before considering whether School Crossing Patrols can be removed rather than only retaining Patrols where there is deemed to be a ‘high level of risk’.

With eleven (11) separate petitions totalling over twelve thousand (12,000) signatures [1-4] you will already be well aware of parents’ concerns. We also know children themselves feel unsafe when travelling to school. In a letter written by school children to parents at Archibald First school the children said “We have had many near collisions of prams almost being knocked over and cars driving very close to children on bikes and scooters. Also when cars have been parked on the double yellow line and pavement we have not been able to see over them and have had to weave in and out which we feel unsafe doing.” [5]

We need to aim higher. The UK as a whole has a poor record for protecting its children compared to other Western European Countries [6]. Children are also disproportionately affected by poor air quality, and the perception of traffic danger means children are now less active, less able to play out, and are less likely enjoy the independence that many of us had at their age. 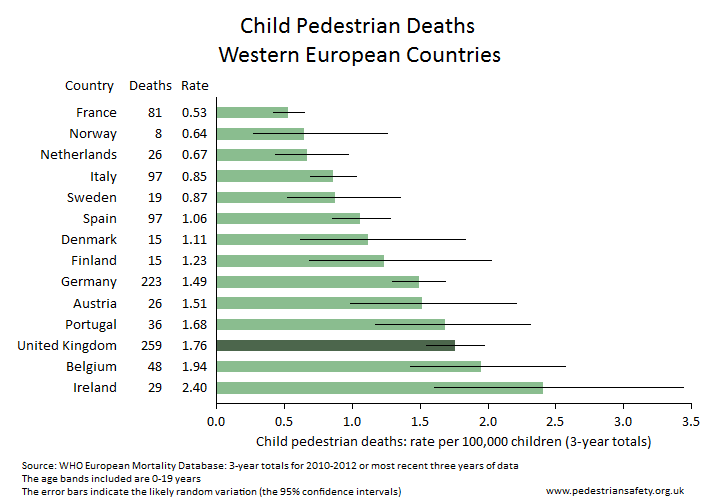 At the same time, the UK has high levels of childhood inactivity and obesity. Public Health England Figures now show that 38.8% of Year 6 children in Newcastle upon Tyne are overweight or obese [7]. Creating environments where children can travel actively (and where parents feel comfortable to let them) is now more important than ever, not only for children’s health but also for the future viability of Newcastle upon Tyne as a place that is attractive for families to settle and bring up children.

This is not just a local issue though. Between 2010 and 2014 in response to Freedom of Information requests 69% of local authorities said they had cut School Crossing Patrols with a total reduction of almost 1000 crossing patrol officers. [8]

We also urge Councillor Forbes, as Senior Vice-Chair of the Local Government Association, to take action to address this issue nationally, to seek out best practice and apply it in our city so Newcastle upon Tyne becomes a national leader in creating safe neighbourhoods for children and families. For the same reason, we will also be writing to Newcastle’s MPs to ask them to raise the question of how we can best provide for children to allow them to walk or cycle to school safely and without fear of the traffic.

[1] ‘We want to keep our lollipop patrols’: Newcastle parents call for U-turn in wake of safety fears.
http://www.chroniclelive.co.uk/news/north-east-news/we-want-keep-lollipop-patrols-12010997

[2] MINUTES OF THE MEETING OF THE COUNCIL OF THE CITY OF NEWCASTLE UPON TYNE,  WEDNESDAY 2 November 2016. Item 53. Councillor Ashby presented a petition on behalf of residents regarding proposals for school crossing patrols.
http://democracy.newcastle.gov.uk/documents/s104687/Minutes%2002112016%20City%20Council.pdf

[3] MINUTES OF THE MEETING OF THE COUNCIL OF THE CITY OF NEWCASTLE UPON TYNE, WEDNESDAY 11 January 2017. Item 72. Councillor Higgins presented two petitions from residents regarding the St Bede’s School crossing patrol on Whickham View.
http://democracy.newcastle.gov.uk/documents/s105420/Minutes%2011012017%20City%20Council.pdf

[4] ‘Reconsider Your Decision On Gosforth School Crossing Patrols.’ Due to be presented to Council by Gosforth Traffic on Wednesday 5 April 2017.
https://www.change.org/p/scp

Responses from Newcastle City Council and from the Parliamentary Under Secretary of State for Transport.

This is the response from Newcastle City Council that sets out the reasons for the change and the process they went through to look for alternative funding sources. The Council have separately indicated they could consider physical road changes such as bollards or zebra crossings. 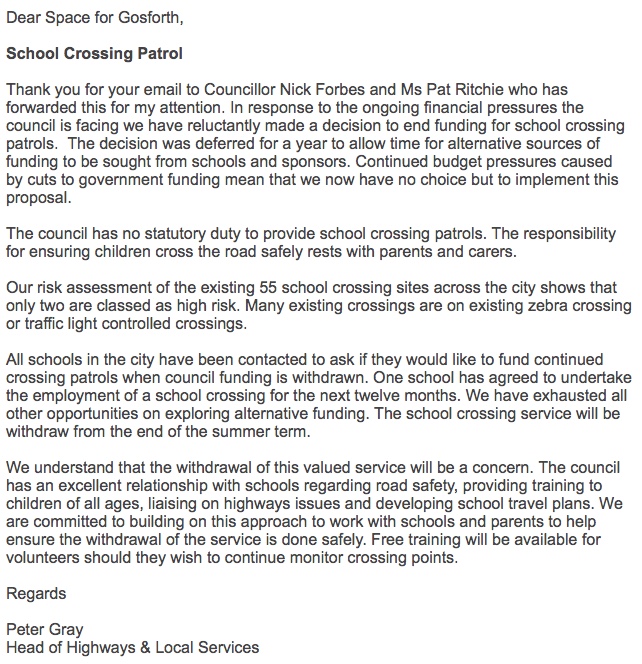 As well as raising this with the Council, we also asked Chi Onwurah MP to raise this with the Department for Transport who are responsible for national policy on road safety. Below is the response from Andrew Jones MP, Parliamentary Under Secretary of State for Transport.

These are the links provided in the letter: 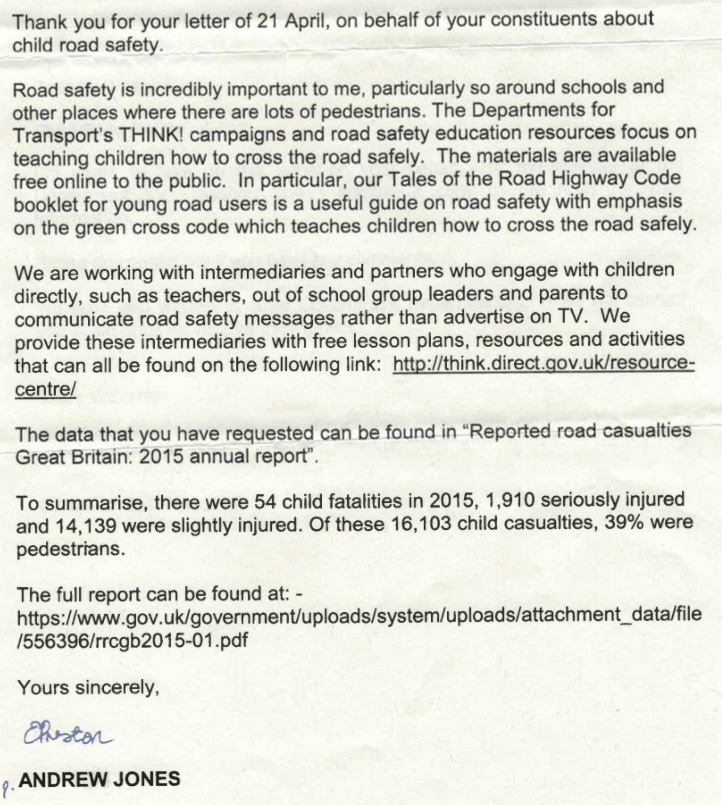