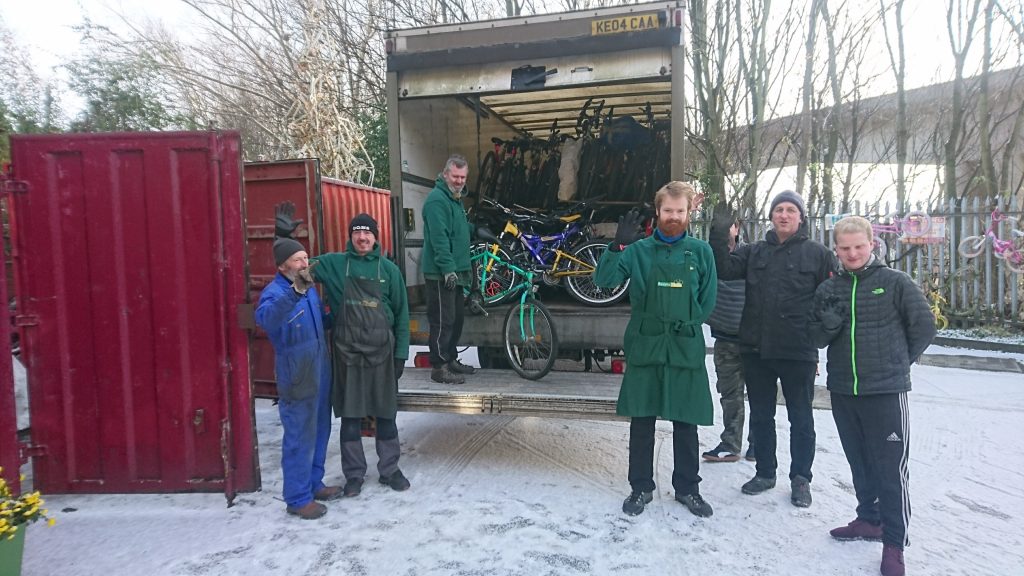 Local charity Recyke y’Bike is a well-established part of the North East cycling scene. Their activities include reconditioning donated bikes to sell at their shops in Byker, Durham and The Journey in Newcastle city centre. They also support local schools, youth groups, other charities and asylum seekers by providing reconditioned bikes. We asked their general manager, Karl McCracken, to write a guest blog about the charity and how people can get involved. 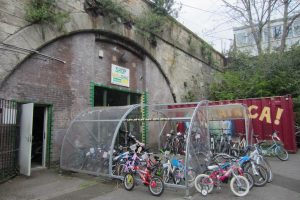 Recyke y’bike is one of those charities that always seems to have been around. But we’ve only been here for just over a decade. What we do is really simple – people donate bikes to us and we put them to good use. It’s been pretty successful too, with over 2,000 bikes a year coming in. Of those, nearly 600 go to projects in Kenya and the Gambia, enabling people to get to school, or to work, and raising funds for orphanages and schools. A further 200 or so are given away locally, going to schools, youth groups, other charities and asylum seekers.

Recyke y’Bike receive a wide variety of bikes as donations

Dealing with thousands of bikes a year takes some doing. We have around 40 volunteers who help out. They come from a range of backgrounds from retired professionals to those who have mental health problems, learning difficulties, or drug and alcohol issues. Helping them find their way in society is one of our charitable objectives – it’s not all about the bikes!

The volunteers help get the bikes ready for our professional mechanics to work on them. Broken bits are taken off, the bikes thoroughly cleaned, and then replacement parts fitted. The mechanics then do the final tune-up and end-to-end safety check.

Inside the Byker workshop

We raise our own funds rather than relying on grant funding. We do this by selling bikes, providing low-cost transport to people in the North East. The average price of a bike from our shops is a little over £100, and in terms of the number of bikes, we’re one of the biggest independent bike shops in the region.

Giving bikes away to asylum seekers is something we’ve always done.

Prior to being accepted as a refugee, people arriving in this country who are fleeing war, torture, or persecution (for anything from race to sexual orientation) are distributed to local authorities. They’re housed, and given £37 a week to live on, which has to cover all non-housing expenses. They also have to regularly sign in with the Home Office.

That last point can be particularly onerous. I met an asylum seeker at Recyke y’bike last autumn who’d been housed in the West End of Newcastle, and had to travel to South Shields once a fortnight to sign in. With his limited budget, he chose to walk the 30 mile round trip rather than lose out on a day’s food by buying a Metro ticket.

A bike can really help in a situation like this, which is why we give away around 50 bikes a year to asylum seekers. We work with a number of agencies, and each month we put on a day for them to come to our workshop, learn a bit about how to look after a bike, and fix things like punctures. That way, we know they’ll get more value from the bike. We also hope that some will go on to be volunteers with us.

Chris Boardman arriving to open the Journey in 2015

As a charity, we rely on the generosity of people in the North East. There are lots of ways to help, from donating any unwanted bikes, or volunteering, or even just doing something as simple as telling your friends about us.