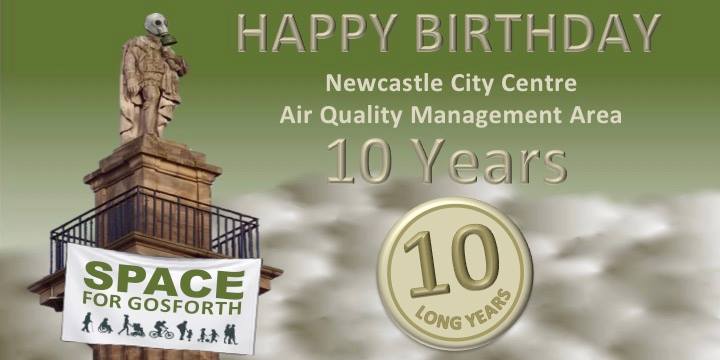 Newcastle City Council have announced they will be holding a Policy Cabinet meeting to discuss the plan that Newcastle has been asked to create by the Government in order to ensure the currently illegal air quality in the city meets legal targets in the shortest possible timescales.

This event is open to all interested stakeholders. If you wish to attend please confirm your attendance by emailing julie.campbell@newcastle.gov.uk so the Council can anticipate numbers, and please let us know too. Written submissions, in advance of the meeting are also welcome and can be submitted via the same address.

The meeting will be held on Thursday, 1st February at 4.30pm in the Urban Sciences Building on Science Central in Newcastle city centre. In the invitation the Council says that “Air quality can be influenced by various decisions we take as a Council, and as individuals. People’s transport choices have perhaps the biggest impact on air quality that we can influence and in Newcastle we have been adopting transport policies that seek to prioritise investment in sustainable modes. February’s Policy Cabinet is an opportunity for partners and communities to discuss this requirement and our wider ambition for cleaner air across the city as a whole and how best we can achieve this.”

SPACE for Gosforth has made the following written submission to the meeting and we look forward to hearing how the Council intend to address poor air quality across the city.

Data from air quality monitors at locations across the city shows that air quality breached legal limits for NO2 in 2016 in many other parts of the city including Newcastle city centre and in Gosforth. The average 2016 NO2 levels for the Gosforth AQMA and for the city centre are shown below. 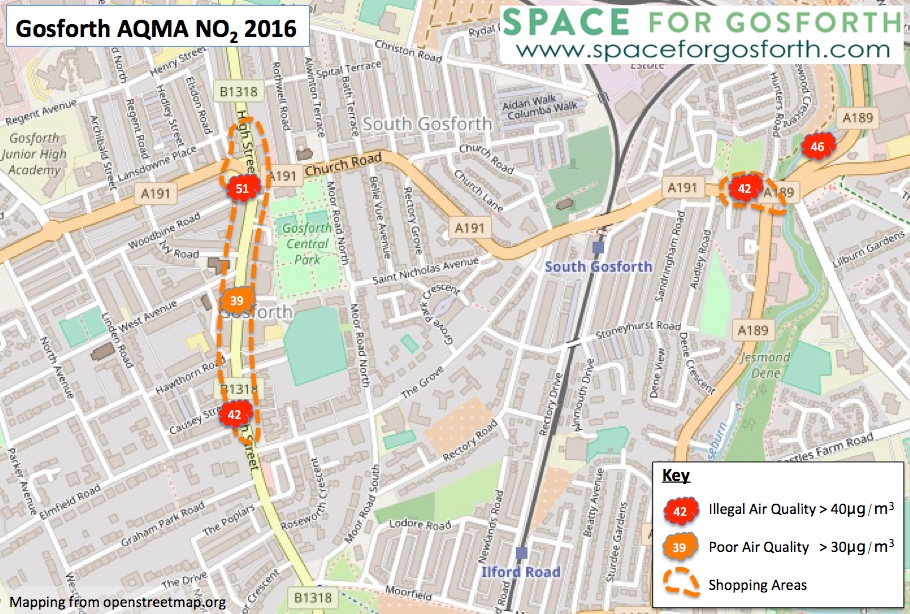 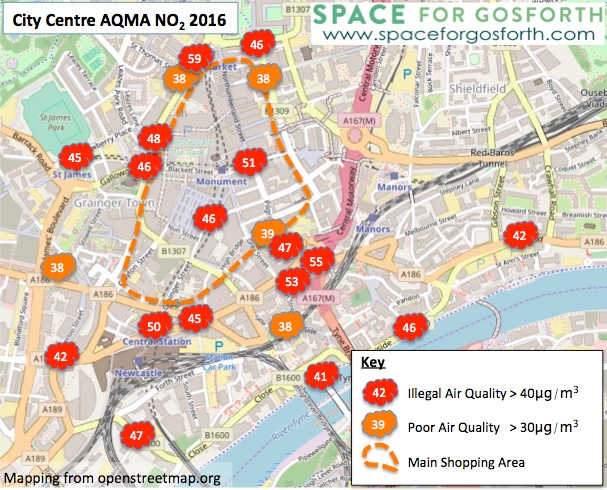 Appendix 2: The wider costs of transport – and the wider opportunity 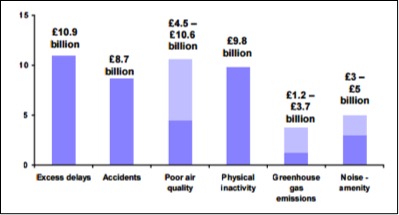 Fig 1: Comparison of the wider cost of transport in English urban areas (£ billion per annum, 2009 prices and values.

Appendix 3: A plan for Newcastle

2018 – 10 years of the Gosforth and City Centre AQMAs http://spaceforgosforth.com/aqma_10years/

Evidence submitted to the following consultations and inquiries*

Appendix 6: Impact of road closures in Newcastle on air pollution

On 2 July 2017 parts of Newcastle city centre were closed for a cycling event. Part of the route for the day passed an air quality monitor in the city centre. The graph below shows that levels of NO2 on 2 July (the dark green line) were much lower than on any other day in July. This also shows how legal compliance can be achieved almost instantly by reducing traffic levels. 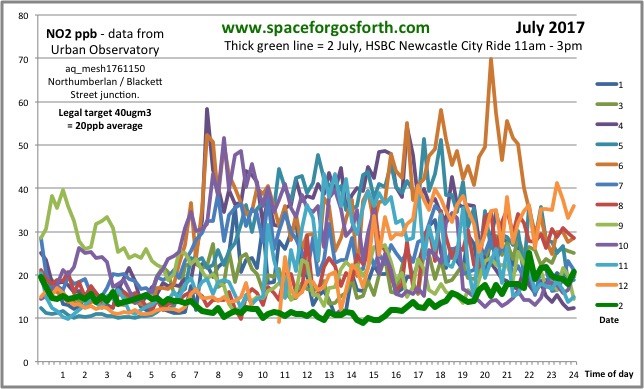 Later in July there was a further brief road closure for the Newcastle Pride march. Even though this lasted only a few hours, levels of NO2 reduced significantly in that short period. 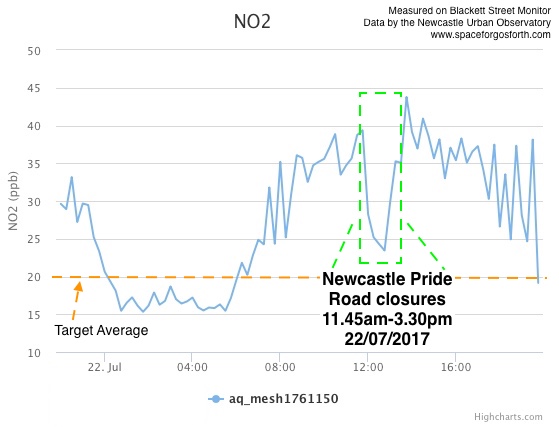