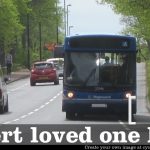 Grandstand Road used to be one of the worst places to cycle in Gosforth, even with marked cycle lanes. With heavy traffic, often travelling in excess of the 40mph speed limit, cycle lanes barely wider than a set of handlebars and deteriorating surface, it was both scary and unforgiving.  END_OF_DOCUMENT_TOKEN_TO_BE_REPLACED 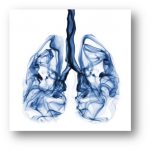 Dr Chris Stenton FRCP FFOM Dr Stenton is a Consultant Physician at the RVI Newcastle. His main interest is in work-related lung disease, particularly asthma, COPD and asbestosis. Here he looks at some of the history, causes and effects of atmospheric air pollution. He also considers some of the emerging evidence on several insidious consequences air pollution is connected with. In my work as a chest physician I see patients with many different types of lung conditions. Almost all lung END_OF_DOCUMENT_TOKEN_TO_BE_REPLACED 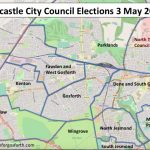 Elections for Newcastle City Council are due to be held on 3 May 2018, with new ward boundaries as a result of the recent Local Government Boundary Review. Gosforth is now split across four wards: Fawdon and West Gosforth, Gosforth, Dene and South Gosforth, and Parklands. Each of these new wards will be represented by three councillors and voters in each ward can vote for up to three candidates. With lots of new faces we're keen to find out what the candidates think, in particular about END_OF_DOCUMENT_TOKEN_TO_BE_REPLACED 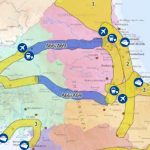 Transport for the North are currently consulting on their Strategic Transport Plan. As part of the report TfN have set out a number of key objectives and 'Connectivity Priorities'. The strategy's objectives in themselves make broad sense. The problem comes in linking these to the proposals, as there is little evidence to suggest that these objectives will be achieved by investing in long distance road links. END_OF_DOCUMENT_TOKEN_TO_BE_REPLACED 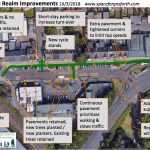 North Tyneside Council have recently completed a short 10 day consultation on options for regeneration of Station Road North in Forest Hall. Forest Hall is within easy cycling distance of Gosforth, only 15 minutes from South Gosforth Metro, though currently cycling to Forest Hall from Gosforth requires the use of a number of busy and unpleasant roads. SPACE for Gosforth submitted the following general feedback about the scheme with suggestions to improve the public realm and access to shops and local businesses. END_OF_DOCUMENT_TOKEN_TO_BE_REPLACED 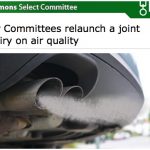 SPACE for Gosforth submitted evidence and feedback to several consultations in 2017. Here is our November 2017 response to the joint inquiry by the Environment Food and Rural Affairs, Environmental Audit, Health, and Transport Committees into improving air quality which was launched in October 2017. Prior to this, in July 2017, after UK courts twice ruled that the Government’s plans to cut air pollution were inadequate, the Government released a new air quality plan. The aim of the cross-party END_OF_DOCUMENT_TOKEN_TO_BE_REPLACED 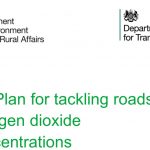 SPACE for Gosforth submitted evidence and feedback to several consultations in 2017. Here is the response to the Department for Environment, Food and Rural Affairs (DEFRA) and the Department for Transport (DfT) joint consultation on 'Improving air quality: reducing nitrogen dioxide in our towns and cities. The intention of the consultation was to seek feedback on the Government's draft plan, which set out 'proposed actions to meet air quality standards within the shortest possible time'. END_OF_DOCUMENT_TOKEN_TO_BE_REPLACED 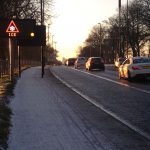 In January 2018, SPACE for Gosforth, together with SPACE for Heaton and SPACE for Jesmond wrote to Newcastle City Council to express our concern that no cycle ways and few pavements are cleared of ice in winter, despite it being the Council's own policy to encourage people to walk and cycle more often. END_OF_DOCUMENT_TOKEN_TO_BE_REPLACED 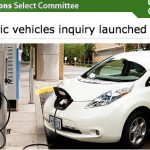 In March 2017, the Business, Energy and Industrial Strategy (BEIS) Committee launched an inquiry into Electric Vehicles.  The inquiry was to examine the barriers to the development of the electric vehicle market and what support this emerging market might need. The committee invited submissions of written evidence.  SPACE for Gosforth decided to submit written evidence as we wanted to ensure that the inquiry considered electric bicycles ("E-bikes") as well as electric cars and other vehicles ("electric vehicles"). END_OF_DOCUMENT_TOKEN_TO_BE_REPLACED 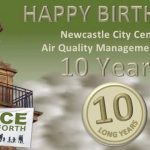 Newcastle City Council have announced they will be holding a Policy Cabinet meeting to discuss the plan that Newcastle has been asked to create by the Government in order to ensure the currently illegal air quality in the city meets legal targets in the shortest possible timescales. This event is open to all interested stakeholders. END_OF_DOCUMENT_TOKEN_TO_BE_REPLACED
Follow @space4gosforth