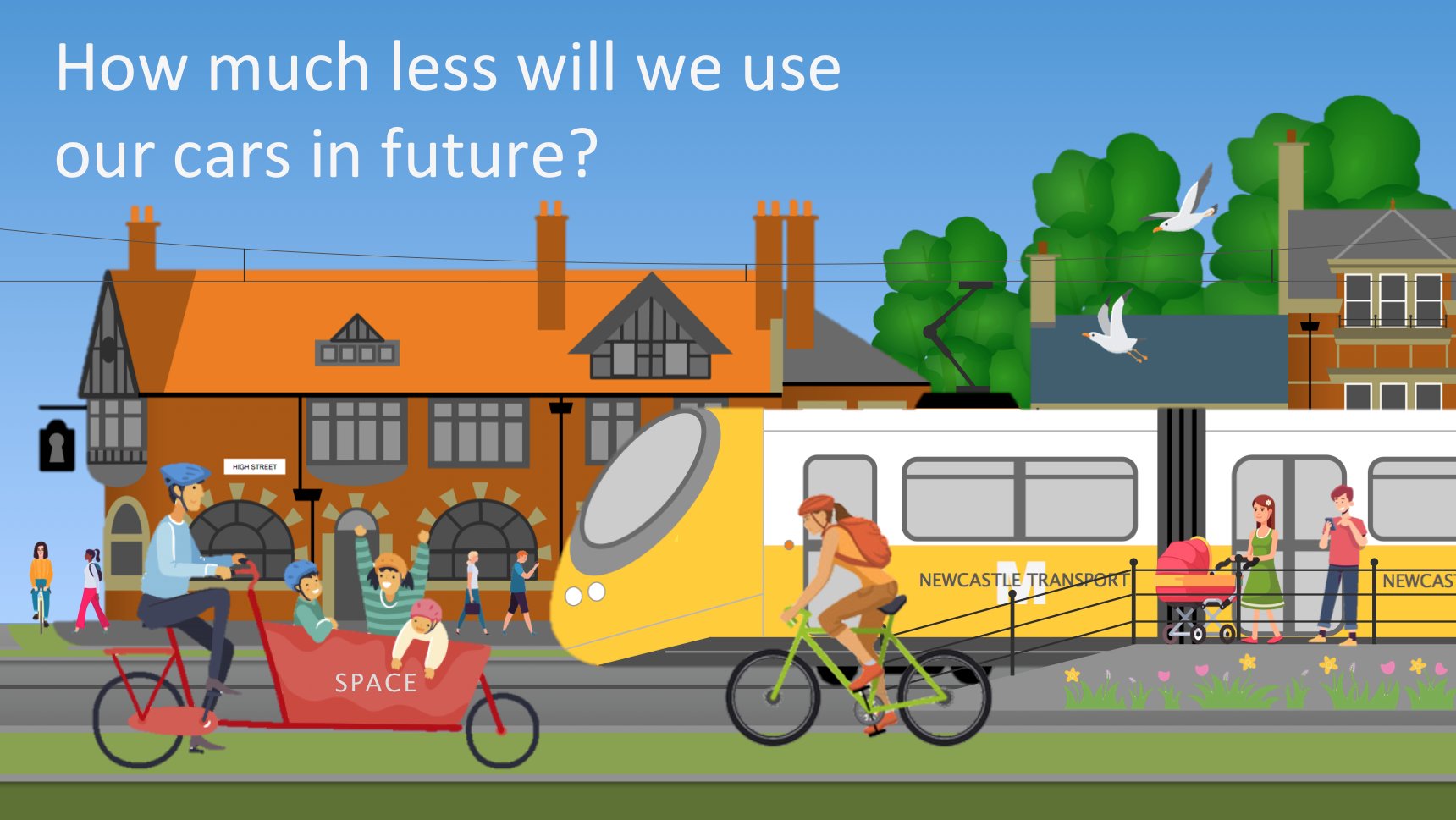 In March 2020, the Secretary of State for Transport said “Public transport and active travel will be the natural first choice for our daily activities. We will use our cars less and be able to rely on a convenient, cost-effective and coherent public transport network.”

This begs the question how much less will we use our cars?

This is important because, based on recent studies, the shift from petrol and diesel to electric vehicles will not be sufficient for the UK to reach net zero emissions by 2050.

A key concept in achieving net zero is the carbon budget. This is the maximum total CO2 emissions possible while still limiting global warming to 1.5°C. At 1.5°C there would still be “increasing heatwaves, more intense storms, and more serious droughts and floods, but would represent a much smaller risk than 2°C.”

Transport for the North have determined a Decarbonisation Trajectory that says how much of the transport carbon budget can be emitted each year up to 2050 and still meet the 1.5°C target. This shows that not only does the UK need to achieve net zero by 2050, but it also needs substantial short-term reductions in transport emissions, about 56% from 2018 by 2030.

Our Decarbonisation #Trajectory with the shape of the curve being dictated by a series of interim #emissions reduction milestones that ensure a rate of progress towards a #ZeroEemissions #transport system by 2050.

Much of this 56% reduction will be achieved via the transition from petrol and diesel to electric vehicles. The remainder will need to be from switching journeys from driving to walking, cycling and public transport.

CREDS, the Centre for Research into Energy Demand Solutions say that “There are no future scenarios in which the UK can meet its carbon reduction milestones over the next two decades whilst car traffic is allowed to grow.” and that “This is true even if electric vehicle uptake is massively accelerated.” They also say that “plans to build more road capacity … will be a waste of resources in the face of the necessity of lower traffic growth.”

Other UK cities and regions have produced similar analyses:

Transport Quality of Life have looked at these figures in a report concluding that climate targets won’t be met unless the UK significantly reduces traffic over the next ten years, and concludes that “Cars, which are the main source of transport carbon dioxide (CO2) emissions, will have to achieve even greater emissions reductions by 2030 to compensate for the road freight, maritime and aviation sectors where technological solutions are some way off.”

To a large extent the reduction required will be dependent on the speed of uptake of Electric Vehicles, which itself will be dependent on future availability and affordability of EVs. Green Alliance, an independent think tank and charity focused on environment has produced a report outlining a number of different scenarios showing fast, medium and slow uptake of EVs and what reduction in miles driven would be required as a result.

We’re aiming to reduce the number of kilometres travelled by car in Scotland by 20% by 2030.

That requires a big modal shift in how people travel, so we’re investing in a greener, decarbonised public transport network.#ScotBudget | #LetsDoNetZero pic.twitter.com/EXCjuTB1jf 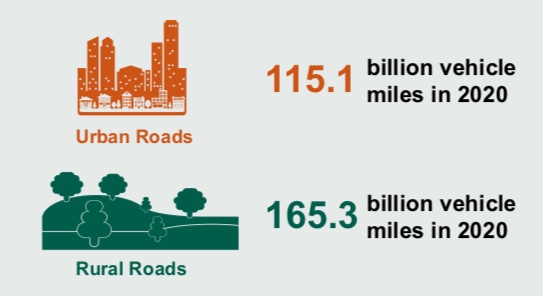 While some of this reduction will have to come from rural areas, the majority will have to be from urban areas where there are more viable alternatives to car travel.

Fortunately, the principle of traffic reduction is very popular with the public and seen as a priority. Unfortunately the details of making it happen in practice are much more challenginghttps://t.co/OnwVA5aKwX
11/n pic.twitter.com/C69dRZvpZJ

The obvious priority is short journeys in urban areas. In the North East 37% of car journeys are under 5km (3 miles) and many of those could easily be walked or cycled.

Did you know that 37% of North East car journeys are under 5KM in distance?

Imagine the difference we could make to the environment if we swopped even 5% of those journeys to walking or cycling!

Use our cycling and walking maps to plan your routes: https://t.co/2D1kgvTfzY pic.twitter.com/Ed3Na2bmV0

Across the North as a whole, Transport for the North say “Just under 90% of car trips are under 10 kilometres.” 10km cycling takes about 30 minutes where there there are safe, direct routes, potentially quicker if using an e-Bike.

Investment is urgently required to reallocate road space currently used for vehicle traffic to public transport and to create a network of safe walking and cycling routes. Based on the analyses we have shared in this blog, these investments need to happen quickly and at a large scale right across the city.

The UK’s Road Investment Strategy and associated budgets are still based on forecasts of increasing vehicle miles driven, completely the opposite to what is needed to meet the UK’s net zero targets.

A new Government commissioned report on ‘Union Connectivity, predicts a 51% increase in road traffic volumes, between 2015 and 2050.https://t.co/HhIzUoDt0c pic.twitter.com/yqHoQ2X7RF

These increasing forecasts are based on a 2018 Department for Transport report saying “Traffic in England and Wales is forecast to increase across all scenarios, but the size of that growth depends on the assumptions made about the key drivers of future road demand. From 2015 traffic is forecast to grow by between 17% and 51% by 2050.” (paragraph 13)

To a large extent, what actually happens will be the result of government policy. The 51% increase quoted in the recent “Union Connectivity Review” assumes no tax additional tax on electric vehicles or road pricing, i.e. driving will remain much cheaper for drivers of electric vehicles. If the Government does apply a tax to vehicle journeys, to reverse the long-term trend where driving has become much cheaper than public transport, that should substantially reduce demand for driving.

The Government could, rather than spending £27 billion on building more roads, instead invest that in walking, cycling and public transport in support of its Net Zero target.

As well as benefiting the environment and public health, this would benefit the economy by reducing the cost of travel. The Scotsman reported that individual savings from cycling are equivalent to a 8% pay rise. 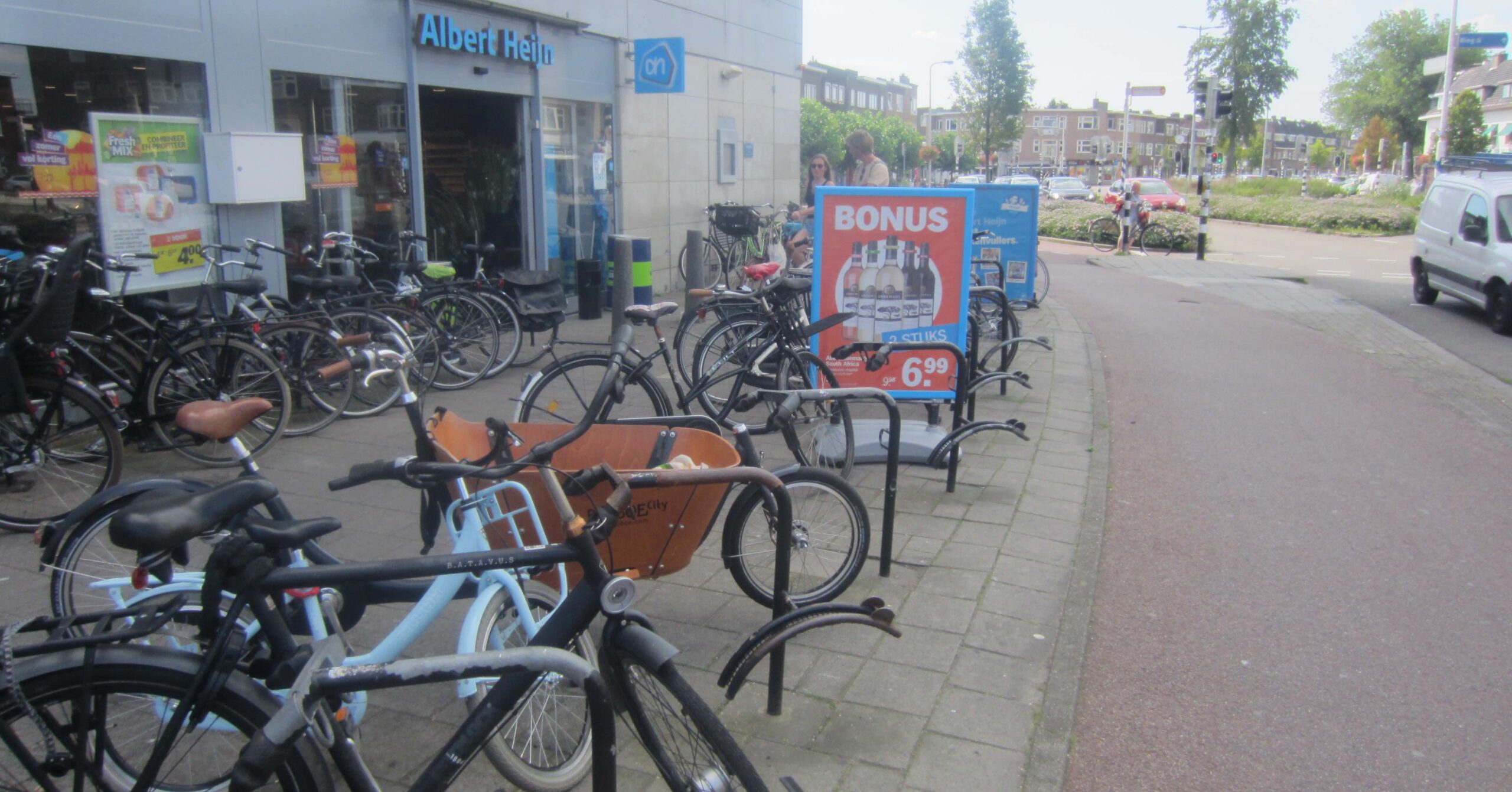 Nationally, it is likely the Government will look seriously at road pricing to replace Fuel Duty and discourage excessive vehicle travel.

Newcastle City Council needs to move even more quickly to achieve net zero by 2030, and needs to set out plans for how to reduce miles driven and achieve mode-shift targets.

Confirmation that local bridges will remain open for walking and cycling, but not vehicle traffic, is a great start. Achieving the required reduction in vehicle use will need more changes like these, as well as school streets and protected cycle lanes on main roads, to give residents a range of viable alternatives to driving.

Data showing how traffic has increased over time is available from the Department for Transport Website.

The Government published its Transport decarbonisation plan in July 2021.

Transport for the North has also published a Decarbonisation Strategy.

4 thoughts on “How much less will we use our cars in future?”