Due to essential gas works, Killingworth Road will be closed northbound from Monday 27th March for up to 5 days, and then for a longer period later in the year when the Metro bridge is due to be replaced. For those that wish to (or have to) drive the advice is to leave extra time for your journey. Below are some alternative options if you don’t need to take your car. 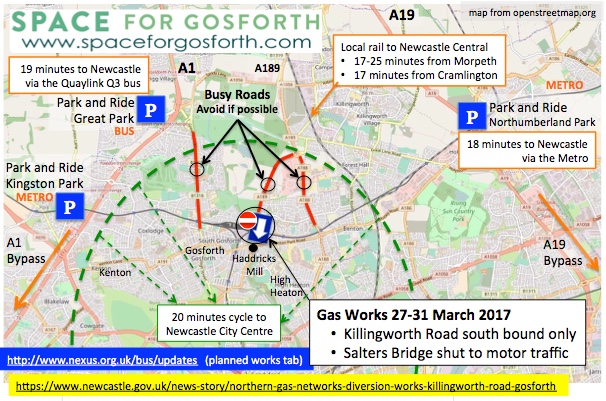 Coming from the north by car, there are Park and Ride sites at:

By rail it takes between 17 and 25 minutes from Morpeth or  17 minutes from Cramlington to Newcastle Central Station, though services are currently relatively infrequent.

For destinations south of Newcastle by car it is likely to be quicker to use the A1 or A19.

For more local journeys, if you can find a route you are comfortable with, it would take about 20 minutes to cycle from pretty much anywhere within the dashed green line to the City Centre.

Live departure information for buses and the Metro is also available on the Nexus Live Map.

If you do find an alternative route that works better for you please do let us know. A study of Oyster Card data in London in showed a 2014 London Tube strike ‘brought economic benefits for workers‘ because it found that because of the disruption “it enabled a sizeable fraction of commuters to find better routes to work, and actually produced a net economic benefit due to the number of people who found more efficient ways to get to work.”

For people living in or near Garden Village, this map shows walking and cycling times to nearby Metro stations. The Metro footbridge immediately south of Salters Bridge has steep steps and no ramp so isn’t suitable for wheelchairs or pushchairs. 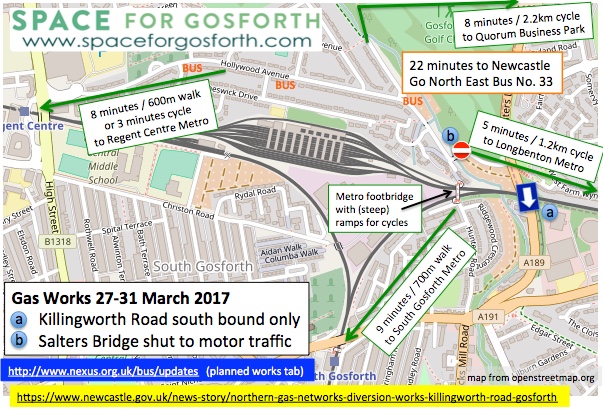 Bus routes 18, 18A, 54, X7/X8 & X63 will be affected by the northbound lane closure as Nexus have set out below. Detailed information on bus changes can be found on the Nexus Service Status webpage. 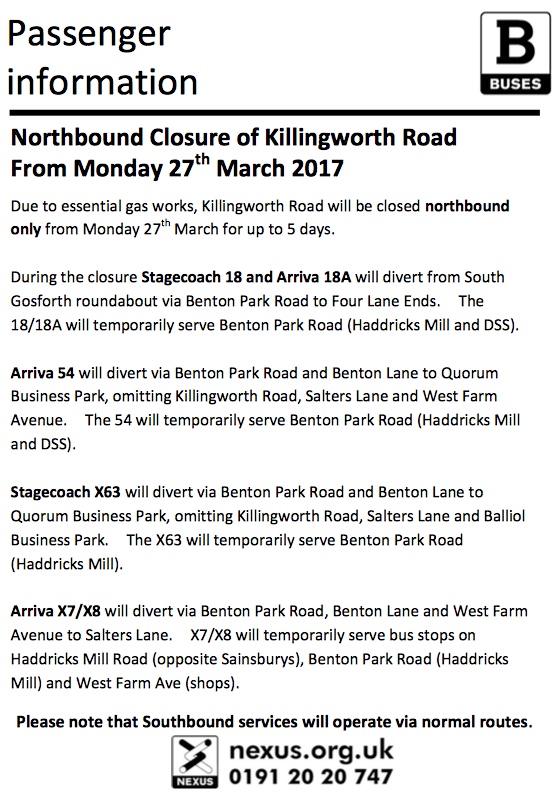