When the Evening Chronicle’s recent coverage of the new John Dobson Street said ‘It’s Newcastle, not Amsterdam‘, we thought how similar are the two cities? 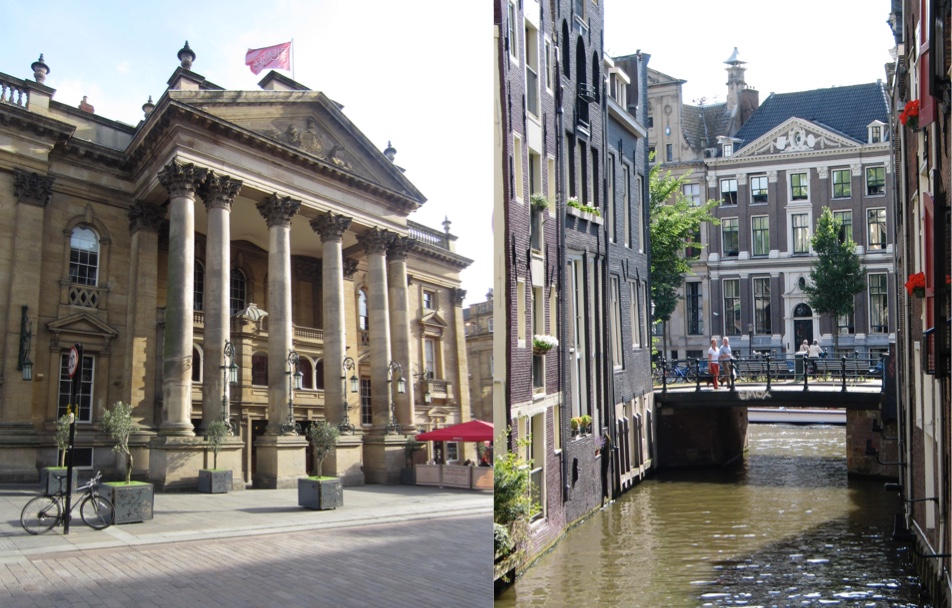 Our first reaction (on the SPACE Twitter account) was that Amsterdam and Newcastle upon Tyne both have iconic bridges, lively nightlife and great architecture, and of course they are both North Sea ports connected by a daily ferry service.  We then decided to take a closer look…

Figures for the Netherlands as a whole say the Dutch own more cars than we do, 528 cars per 1000 people, slightly more than 519 per 1000 for the UK.  In Newcastle the figure is likely to be a lot less than 519 though as only 58% of households in Newcastle have access to a car compared to 74% for England as a whole. The Netherlands also recently came top of the 2016 Waze Driver Satisfaction Index (by comparison the UK came 17th).

One area where Newcastle does do better than Amsterdam is the weather. Newcastle is one of the UK’s driest cities. Our city is fifth driest on this list compiled by Manchester Evening News after London, Ipswich, Cambridge and either Middlesbrough or Portsmouth depending on whether you measure rainfall or days without rain.

In Newcastle, despite having a drier climate, we are currently much more reliant on cars to get about. Other types of journeys might have a different mix but for journeys to work, which make up about 16% of all journeys, 55% are by car vs 27% on public transport, 14% on foot and 3% by bike. In East and West Gosforth Council wards, the figures are 60% by car, 23% by public transport, 5% by bike and 12% on foot.

Copenhagen is another city well known for being good to cycling and has a similar mix of how people get about to Amsterdam. 56% of people living in Copenhagen choose to cycle, 20% choose public transport – buses, trains or metro – and 10% walk. Only 14% choose to drive a car to work or education each day, and there are now more bikes than cars entering the city centre.

Newcastle is drier than Copenhagen too, and during the winter doesn’t get as cold. 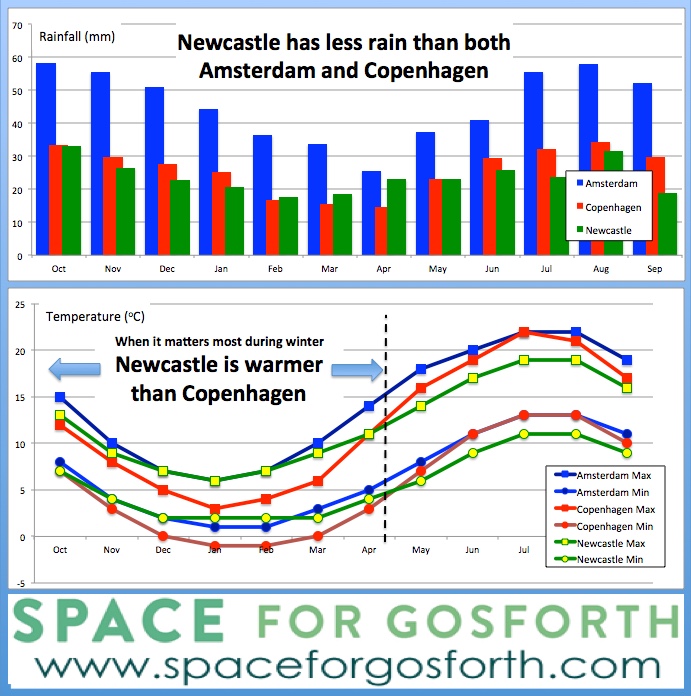