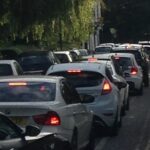 The website CityMonitor recently published an article "How Google Maps is ruining your neighbourhood". The article explains that, since they were introduced in 2009, Sat Nav apps have caused an increase of traffic on minor roads. While the sales pitch of Sat Nav apps is that they enable drivers to avoid congestion, the actual outcome is that minor roads can now be just as congested as main roads. In effect traffic has been displaced from main roads onto minor roads. END_OF_DOCUMENT_TOKEN_TO_BE_REPLACED 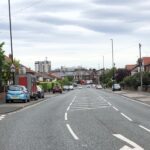 Newcastle City Council confirmed in February, following an eighteen-month trial and six-month consultation, that the arrangements at Stoneyhurst, Dene and Salters Bridges would be made permanent to help make local streets safer, cut carbon emissions from driving and promote active travel. END_OF_DOCUMENT_TOKEN_TO_BE_REPLACED 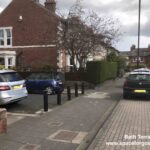 Controversies sell papers, so it is hardly surprising that changes that restrict traffic are labelled 'controversial' or 'divisive', or are called 'bans' even though they nothing of the sort.  Consultations designed to let residents share their views are wrongly described as 'votes' where opposing sides 'row'. In Gosforth we have even seen potentially criminal attempts to influence the outcome of a recent consultation.