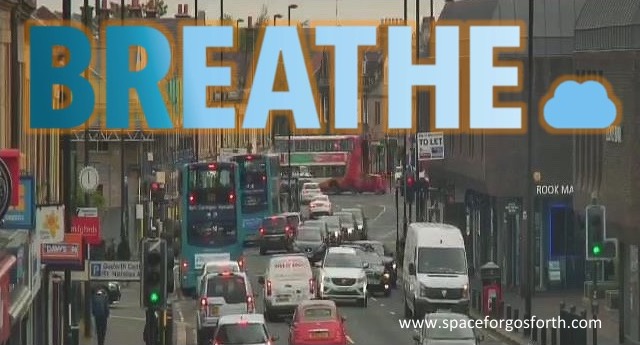 This is the third of four SPACE for Gosforth blogs that together make up our response to the Council’s Clean Air consultation.

Our first blog set out our review of the Council’s proposed measures. In our second blog we proposed measures for the city as a whole and specifically for the City Centre Air Quality Management Area (AQMA).

Some of the measures described in our second blog for the city as a whole will also reduce air pollution in Gosforth, though we don’t believe these will be sufficient by themselves to meet air quality limits. These include:

To ensure that limits are met in the shortest possible timescales and exposure is reduced as quickly as possible (the legal requirement) we are proposing further measures specific to Gosforth. To do this we have looked at options that have been shown to reduce pollution and reduce people’s exposure to pollution, as well as providing for better walking and cycling access to the Gosforth High Street shops.

As before we have prioritised, where possible, engineering measures rather than charging. Some sort of clean air charge for private vehicles is the most likely alternative to these proposals in Gosforth if these are not accepted.

Additional measures for the Gosforth AQMA

That means we need measures to address air pollution at both locations. 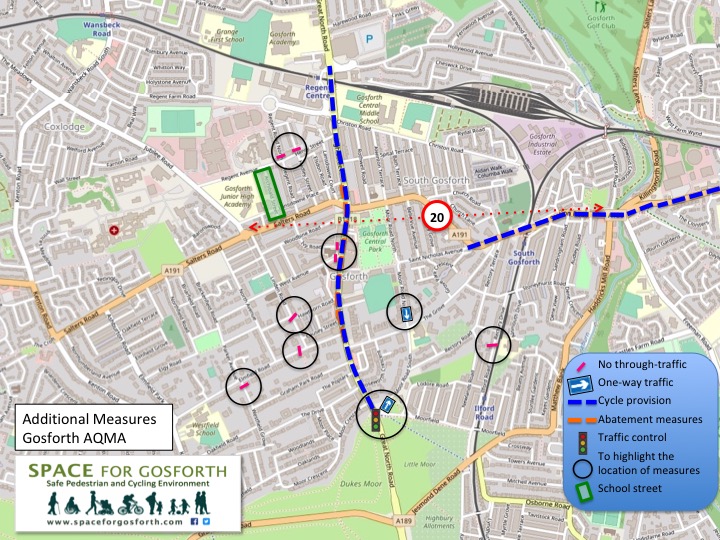 Figure 5 – SPACE for Gosforth proposals for the Gosforth AQMA

As a priority we are asking the Council to revisit its plans for Haddricks Mill, which will encourage additional traffic in the Gosforth / North Newcastle area and provide a poor experience for people walking and cycling. The Government’s UK Air Quality Plan states that there is considerable uncertainty on the real world impacts of measures that ‘optimise traffic flow’. Potentially the current Haddricks Mill plans could increase pollution levels, which is entirely inconsistent with the Council’s legal obligation to reduce air pollution in the shortest possible timescales. Haddricks Mill is a key east-west route for all forms of transport. In light of the need to address air quality, walking, cycling and public transport all need to be prioritised at this location.

For Gosforth High Street we understand the Council’s expectation to be that there will be a knock on benefit from reduced traffic on the Tyne bridges. That may be the case, but there are also plenty of local journeys made that do not cross the Tyne that could quickly use up this extra capacity. To address this we suggest:

These measures are described further below.

C01 Urgently revisit the plans for Haddricks Mill to remove the risk of induced traffic and create space for separate walking and cycling facilities. Consider if other mitigation measures are also required, to offset the impact of increased traffic levels once Killingworth Road re-opens to two-way traffic. By 06/2019

C02 Re-line Gosforth High Street up to Regent Centre as a single lane in each direction sited in the middle of the current carriageway to reduce exposure by moving traffic away from the pavement. By 08/2019

C03 Use the space created by (C02) to implement a protected cycle lane so people can travel to the shops and services on Gosforth High Street without using a car. Initially, for speed of implementation, these can be completed with temporary ‘bolt-down’ kerbs to give protection from traffic. Gosforth High Street 10/2019

C04 Change the timings on pedestrian crossings to be more responsive to reduce exposure for people waiting to cross. By 10/2019

C06 Clean Air Saturdays – once a month, close Gosforth High Street between St Nicholas Avenue and Church Road to all traffic except buses. By 10/2019

C07 Reconsider the location of bus stops so they still provide good access to the shops but passengers do not have to wait in the most polluted areas. Also ensure that bus stops are fit for purpose and provide weather protection for waiting passengers. By 01/2020

C08 Use traffic lights at the south end of Gosforth High Street next to the Town Moor to control traffic levels entering the High Street during peak hours, similar to the Council’s Haddricks Mill proposal. Initially, for speed of implementation this might require some manual control. By 01/2020

C09 Make changes to the following roads to prevent through traffic using them as an alternative to the High Street to avoid measure C08: Linden, Moor Road North and South, Ilford Road, Regent Road North/Hedley terrace, Westfield Grove, West Avenue, Ivy Road. The ends of West Avenue and Ivy Road could be combined with Trinity Square to create a much larger public event space. The specific locations have been chosen as far as possible to minimise additional journey time for residents living in those neighbourhoods. By 01/2020

C10 Enable and fund local schools in Gosforth and the north of the city to implement school streets where streets next to schools are closed to through traffic during drop off and pick up times. By 01/2020

C11 Review of parking and parking charges so that when entering by car from the north of the city it is cheapest to park and ride from Great Park, and more expensive to park closer to the city centre. Currently it is cheaper and quicker to park near Ilford Road Metro than to use the Great Park or Regent Centre park and ride facilities. By 01/2020 (Review implemented)

C12 Implement 20mph from the Gosforth Traders roundabout at the south end of Jubilee Road to Haddricks Mill roundabout. By 02/2020

C13 Install traffic-free cycle lanes on Station Road between Saint Nicholas Avenue and Haddricks Mill roundabout. This may need to divert from the main road at the final stretch approaching the roundabout due to lane width. By 03/2020

C14 Install traffic-free cycle lanes on Benton Park Road between Haddricks Mill roundabout and St Mary’s Catholic School and the Benton Park View government site. Initially, for speed of implementation, these can be completed with temporary ‘bolt-down’ kerbs to give protection from traffic. By 03/2020

6 thoughts on “Breathe – In Gosforth”