Controversies sell papers, so it is hardly surprising that changes that restrict traffic are labelled ‘controversial‘ or ‘divisive‘, or are called ‘bans‘ even though they nothing of the sort.  Consultations designed to let residents share their views are wrongly described as ‘votes‘ where opposing sides ‘row‘. In Gosforth we have even seen potentially criminal attempts to influence the outcome of a recent consultation.

In this blog we look at the so-called controversial low traffic neighbourhoods (LTNs) in Gosforth, except that they aren’t controversial at all and no one gives then a second thought because they have been in place for years helping to keep local streets safe and pleasant for the people who live there.

In fact, as the map below shows, these already cover a substantial part of Gosforth. 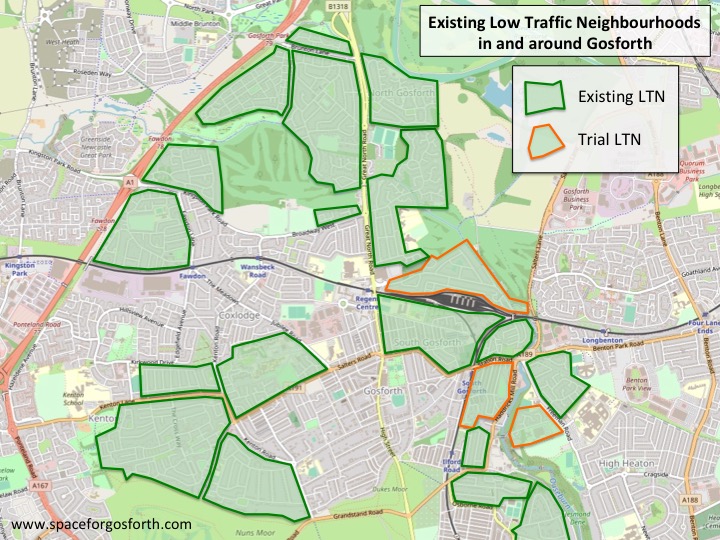 Map of existing LTNs in and around Gosforth

The Gosforth Terraces LTN was created in the 1970s following a campaign by residents and Councillors to stop traffic cutting the corner from the Great North Road to Church Road.

Vehicles can still enter and exit the estate via Rothwell Road, Alwinton Terrace and Church Road, but it is not possible to drive through apart from the exit via Hyde Terrace to Christon Road.

At the south end of Harley Terrace and Bath Terrace, the pavement has been extended across the junction and bollards installed to stop vehicles from cutting across the pavement.

These are called ‘modal filters’ as they allow some transport modes but not others. In this case people can walk through but vehicles have to use an alternative route. This arrangement is also safer for people walking along Church Road as they have fewer roads to cross. 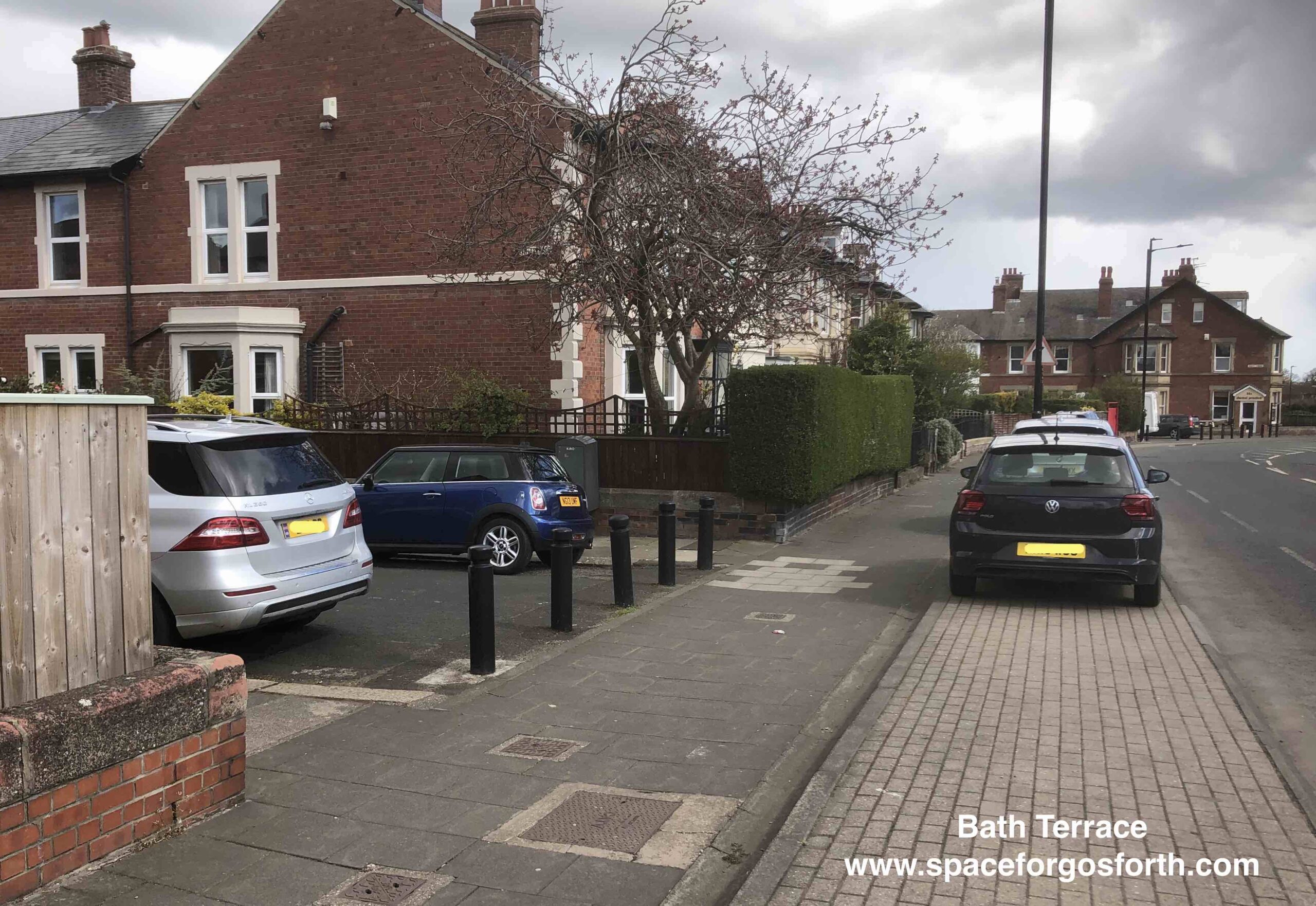 At the north end of Bath Terrace (below), bollards prevent vehicles entering from Christon Road but allow people through on foot. A dropped kerb makes it easier for people with wheelchairs or pushchairs to cross the road.

There is also a small area marked out with yellow lines to allow people to turn their cars around.

Removable bollards have been used in the back lanes where they meet Christon Road, so that bin lorries and emergency services (if needed) can gain access. 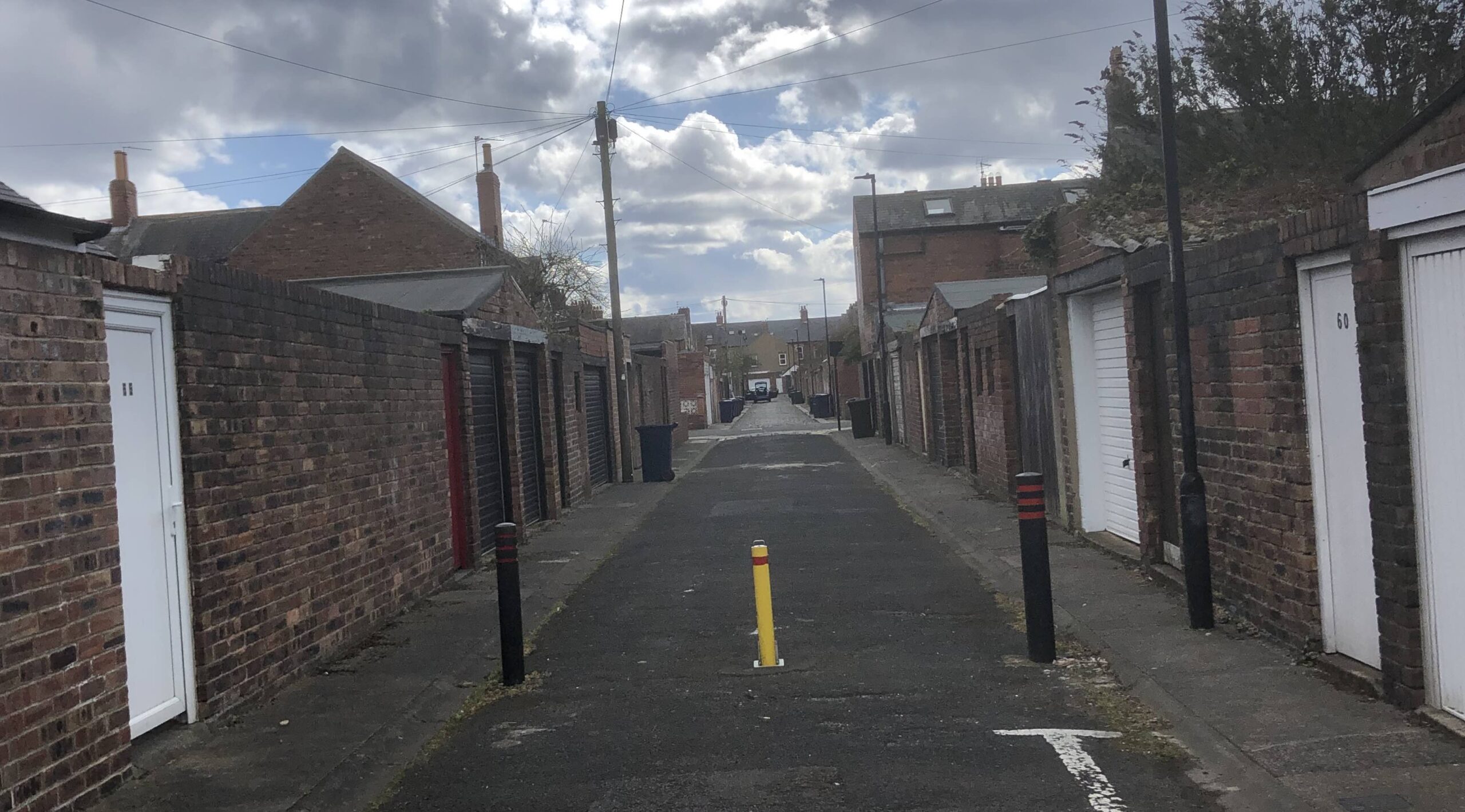 In 2016, the north end of Alwinton Terrace was changed to allow people cycling to use Alwinton Road to create a north-south cycle route from Little Moor to Brunton Lane. 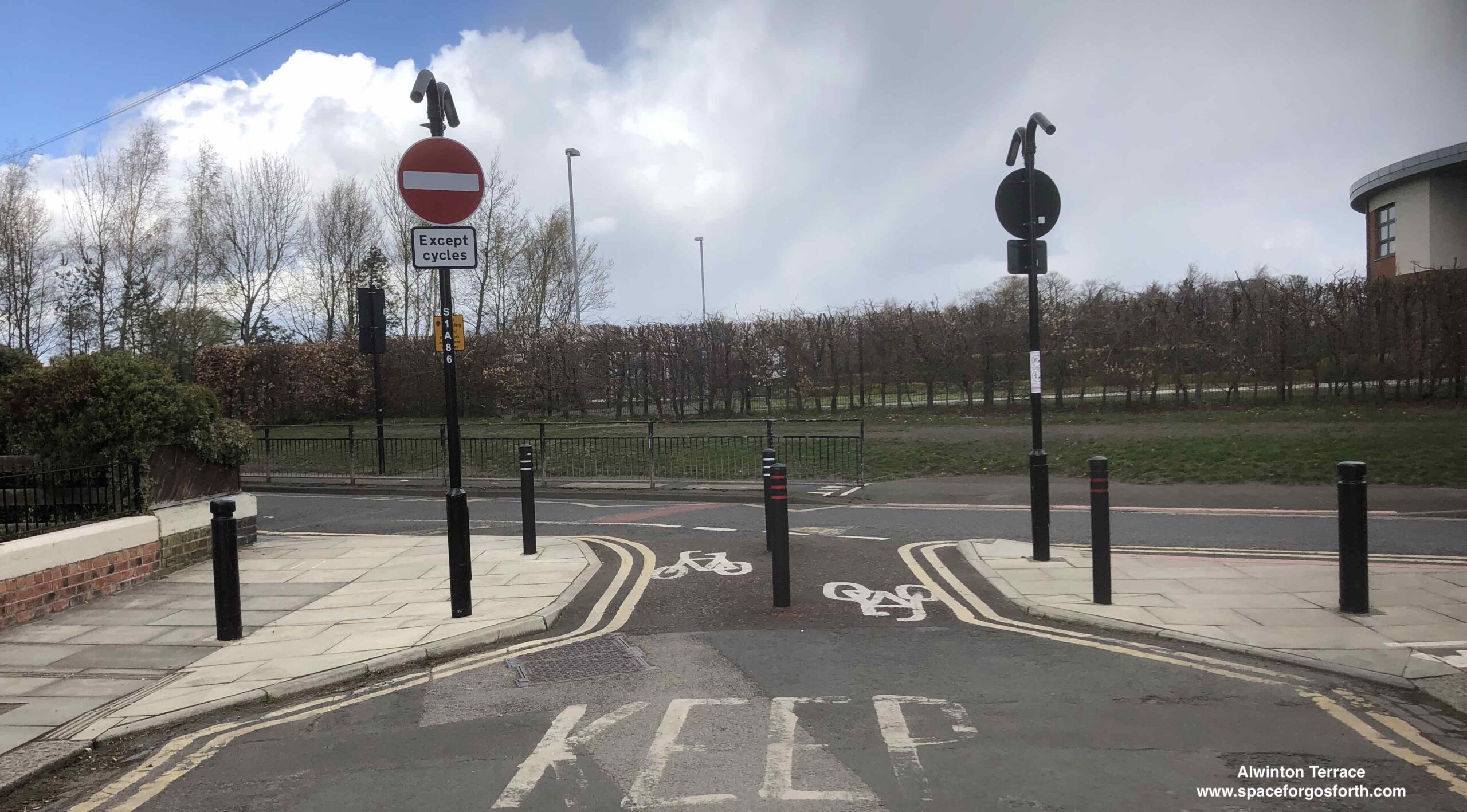 The Terraces are used by families as a safe route to walk or cycle to Archbishop Runcie First School and Gosforth Central Middle School, both on Christon Road.

Where Church Road meets Station Road next to South Gosforth Metro, the street end has been converted into a bus lay by. 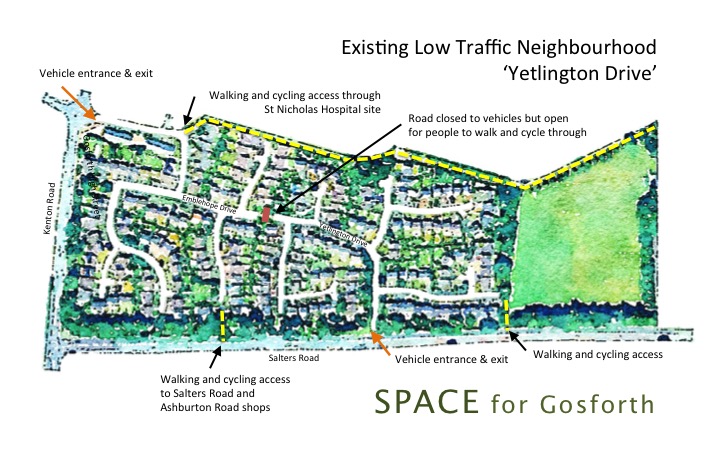 At Yetlington Drive a different approach has been taken to stop vehicles driving through the middle of the estate rather than at the edges. Again this makes for a very quiet low-traffic neighbourhood with very little traffic other than from residents driving in or out of the estate.

If this modal filter wasn’t here this street might be used as an alternative route for people driving from Kenton Lane to Salters Road. 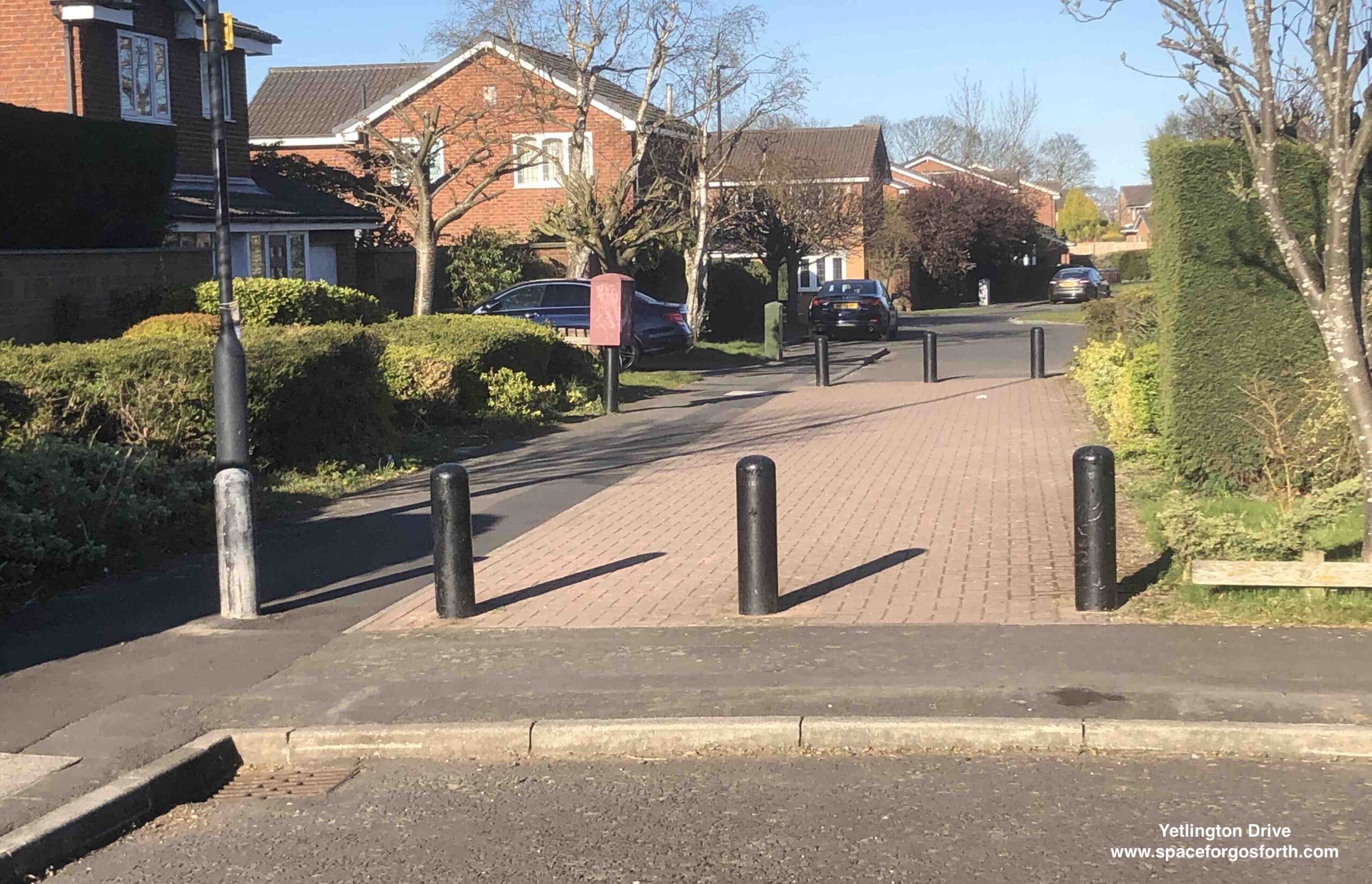 This shows that modal filters don’t have to be a narrow strip just with bollards. In other parts of the country spaces like these have been enhanced to make a small community space with planting, trees, seating, and play equipment. The same would be possible in Gosforth.

This is what low traffic neighbourhoods in Gosforth could look like. Mini-community spaces with trees, planting, seats and maybe even space to play. https://t.co/6BWSVZzMjr

There’s also a walking exit onto Salters Road to get to Ashburton Road shops. This looks just like a path and a bit of green space, but it could have equally been made into a road entrance. Thankfully is wasn’t. 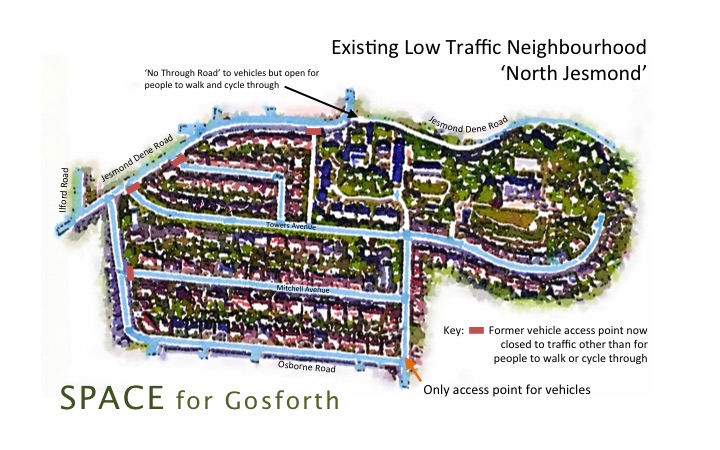 In North Jesmond, Crossway and Towers Avenue have both been closed to vehicles at their exits to Jesmond Dene Road to stop traffic cutting through to Osborne Road.

Again this has been achieved at relatively low cost just by extending the pavement across the junction and adding some concrete bollards. 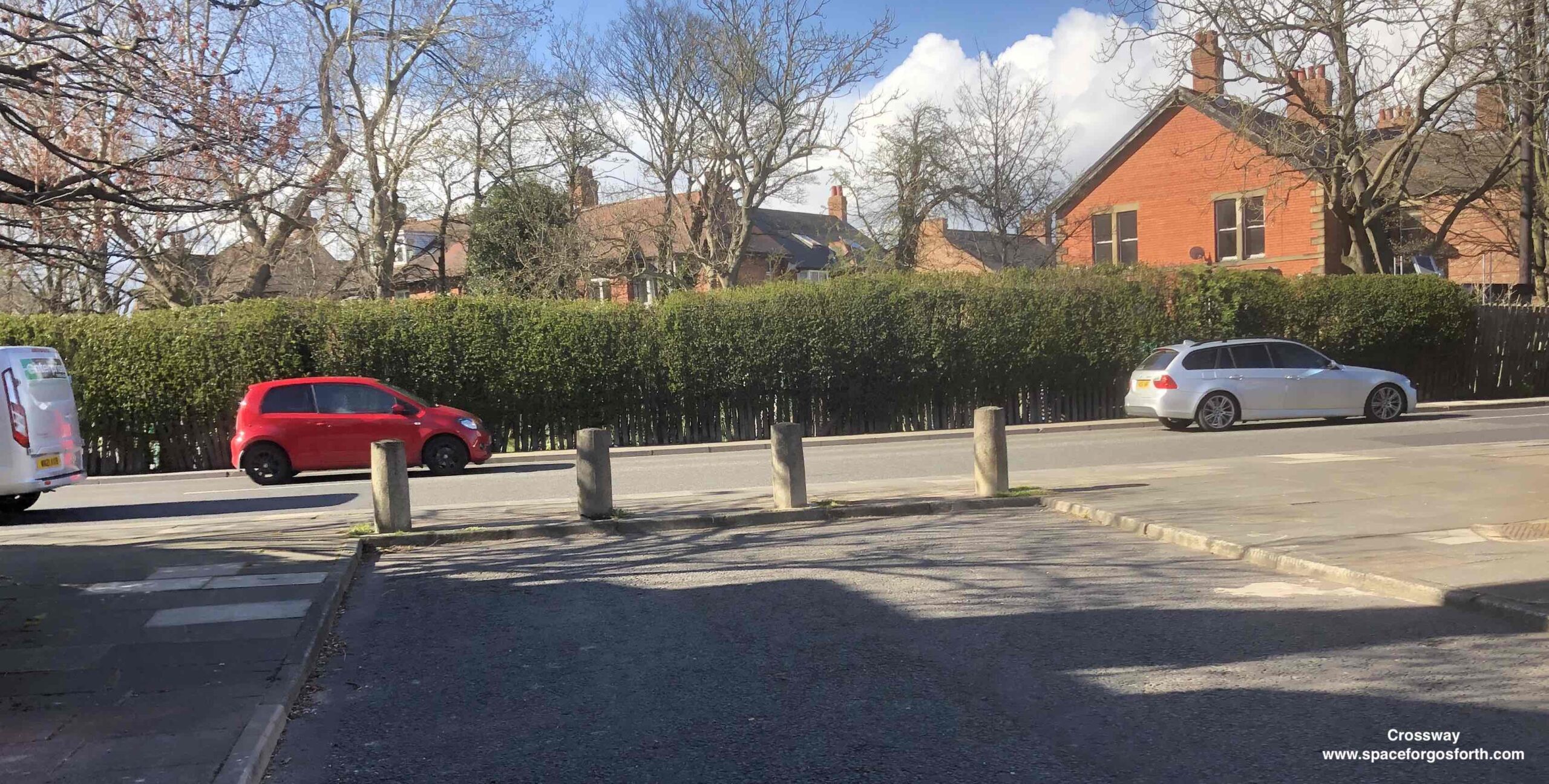 Melton Park, built in the 1950s, was designed to be a low-traffic neighbourhood with just two ways in and out and no through routes.

At the north end now there is a filter that allows people cycling to enter from Brunton Lane or the Great North Road but if you are driving you need to use the entrance at Newlands Avenue. This prevents traffic from cutting along Easedale Avenue to avoid queues on the Great North Road.

Prior to the Newcastle Great Park development it was possible to drive from Greenfield Road onto Brunton Lane. This was changed to be a walking and cycling only link when Melbury and Warkworth Woods were built between 2001 and 2010. 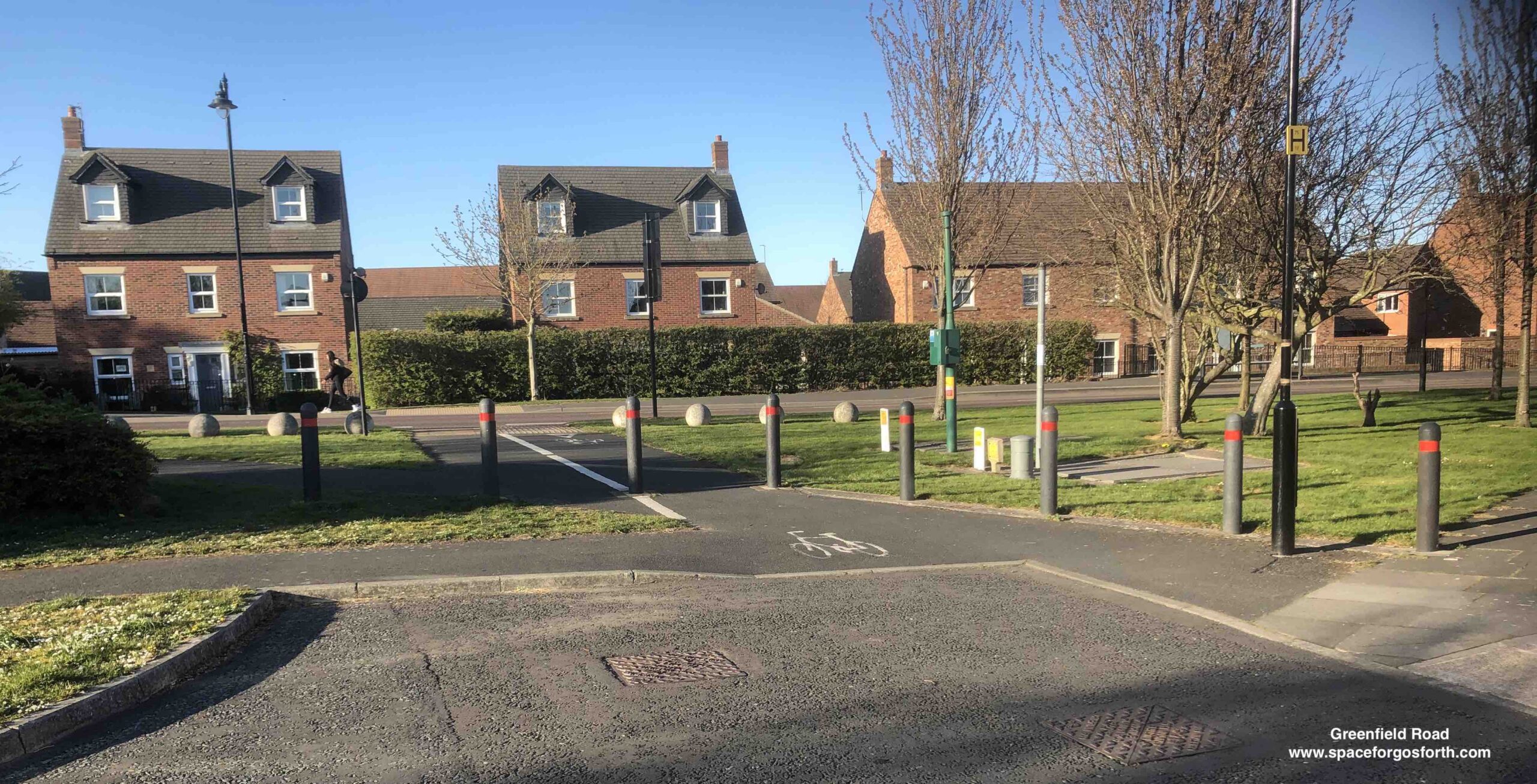 A similar approach was taken at Polwarth Road. With almost 700 new homes being built on Melbury and Warkworth Woods, if these streets had been left open to through traffic they could have become far busier, substantially worsening the quality of life for residents.

A new link was create from the new Melbury estate onto Brunton Park for buses to use. Bus route 46 runs regularly, taking approximately 20 minutes from Featherstone Grove to Newcastle city centre via Brunton Park. 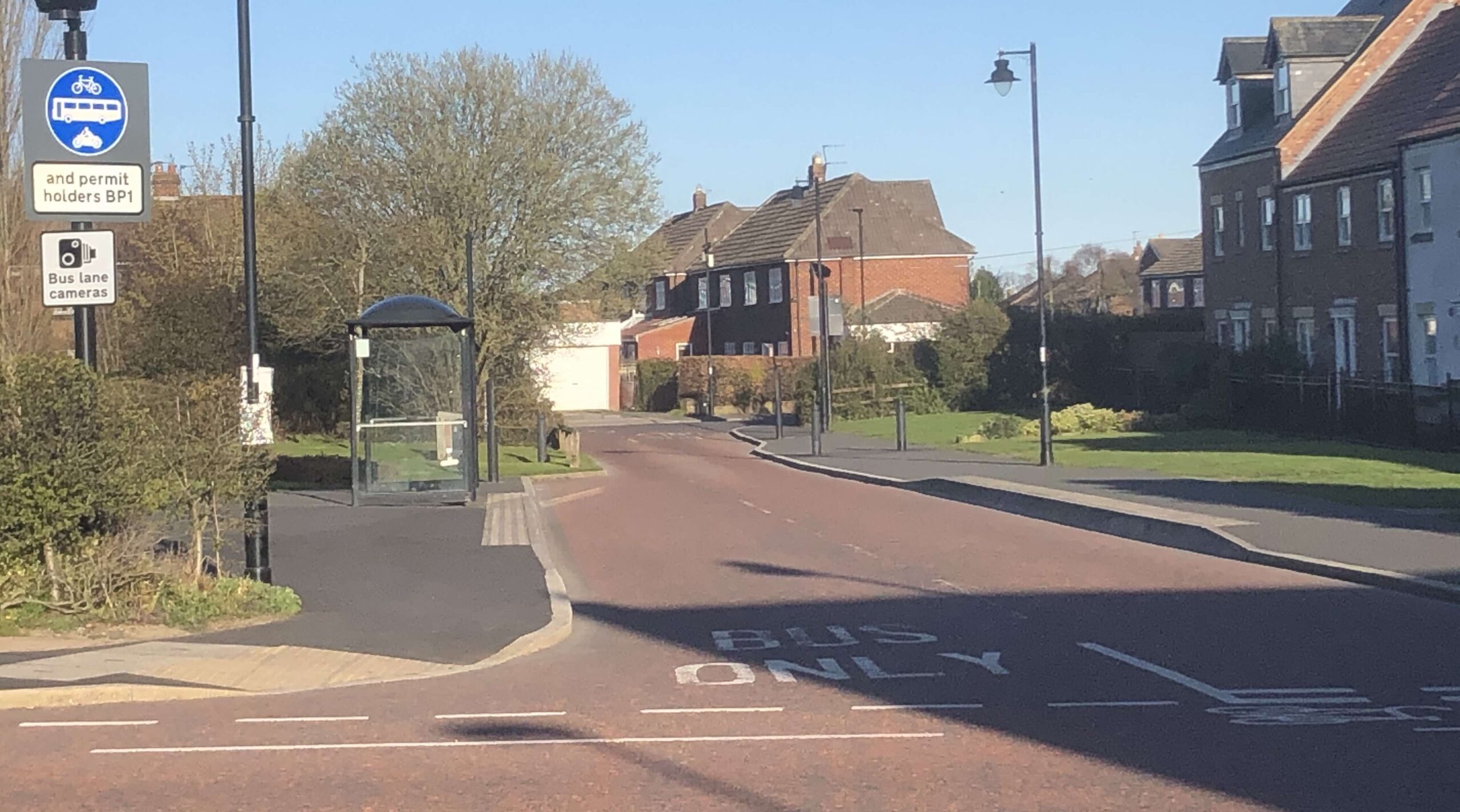 At Howick Avenue a toucan crossing and modal filters either side of Kingston Park Road enables people walking and cycling to cross safely to Farne Avenue and the Red House Farm estate. This links to the signed cycle route that goes along Aln Avenue, across Wansbeck Road North and along Park Avenue. 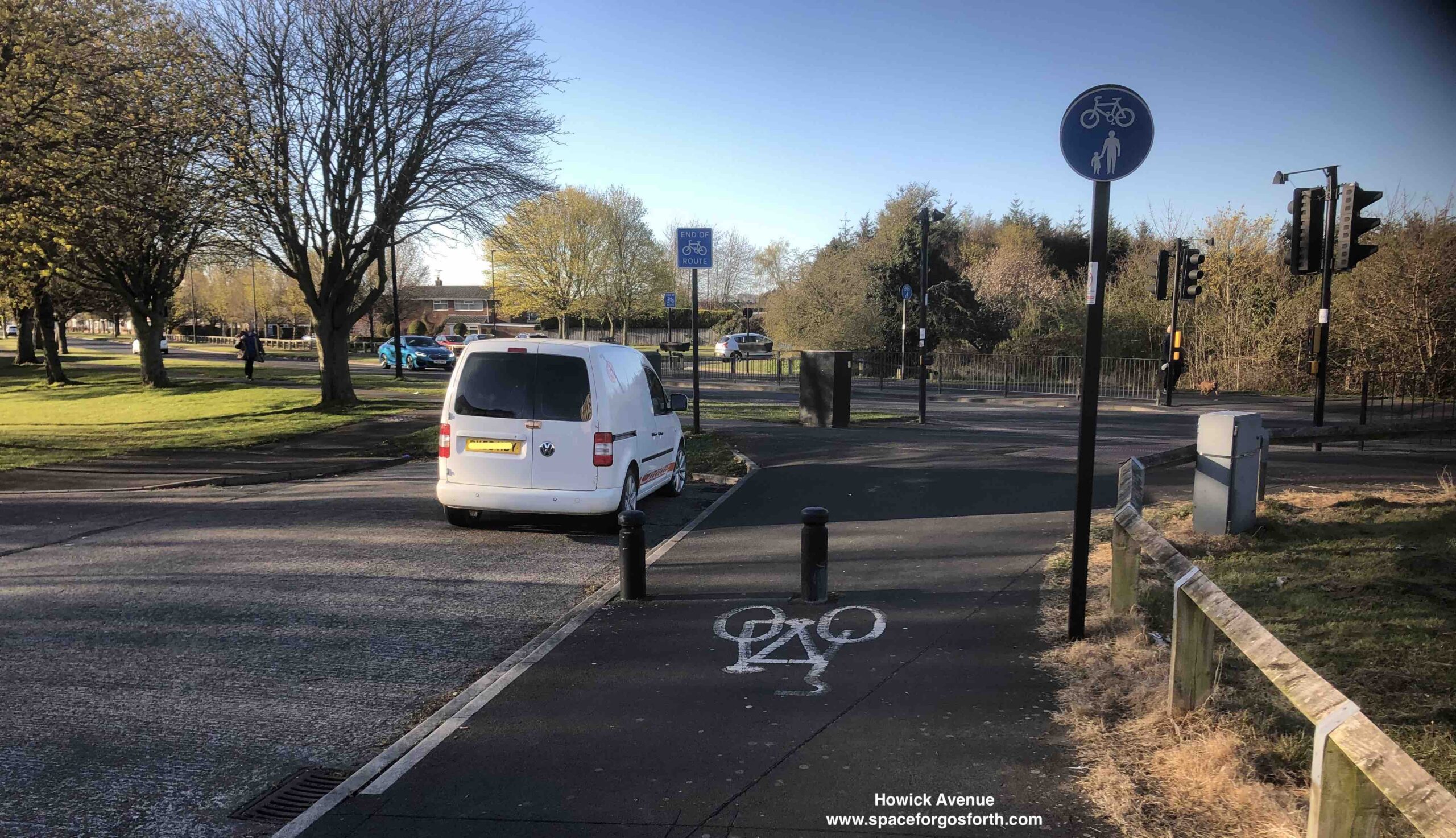 In reality we have far more in common. We all want safer streets and cleaner air. No one in our community benefits from children being stuck inside because the danger from traffic is too great, or older people being forced to rely on friends to drive them because lack of safe crossings mean walking isn’t an option. Even if we are lucky enough ourselves to avoid ill health from air pollution or inactive lifestyles, we will still know others, possibly family members, who aren’t so lucky, and we will be paying for their care through higher taxes.

Most people will also agree that vehicle traffic needs to be restricted. Speed limits, road signs, traffic lights, yellow lines, bus lanes, MOTs, emissions limits, driving tests and insurance, as well as bollards and kerbs are all accepted ways of regulating how, what and where we can drive, so that we can drive safely and don’t impose excessive risk on others we share the roads with.

Some people have argued incorrectly that removing the wands on the High Street and allowing traffic back on the bridges will relieve congestion, whereas we know that adding road capacity results in more driving while any benefit to congestion is only short-lived.

There have been many studies on this, but one American study particularly stands out as it both concluded “conclude that increased provision of roads or public transit is unlikely to relieve congestion” and that distance traveled by car increases directly in proportion to the extra capacity provided.

What the bridges, and all the existing modal filters, do achieve is better neighbourhoods with safer quieter streets. Residents can still drive if and when they need to, while walking and cycling are safer and more attractive options for shorter local journeys, especially for families and children travelling to school.

By reducing total miles driven, they also help to meet Government and local objectives to address air pollution and address the climate emergency.