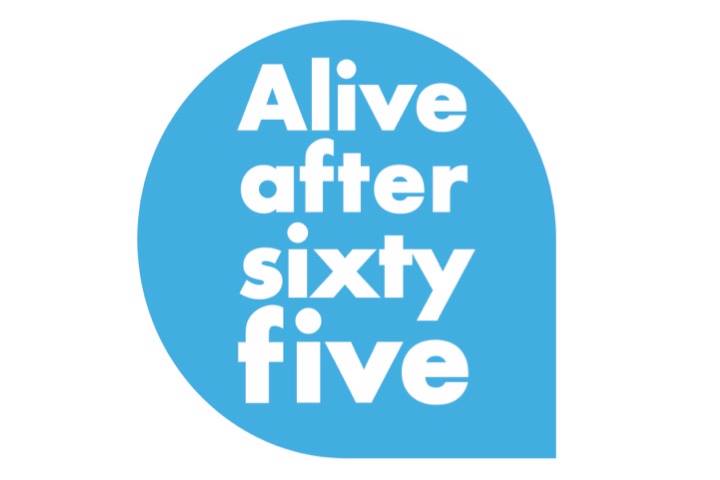 Poor air quality is well known for its ability to make people ill and to shorten lives and has been linked to cancer, asthma, stroke and heart disease, diabetes, obesity, and dementia. You may have heard of Alive After Five, the late night shopping initiative in Newcastle City Centre that has free parking as a major feature to attract shoppers.  SPACE for Gosforth has had a long-standing concern that driving is the only means of transport being promoted for access into the city at this time and that this is contributing to illegal levels of air pollution in Newcastle City Centre.

SPACE wrote to Newcastle NE1 Limited (the Business Improvement District) in July 2017 and again in September 2017 about these concerns. As of the date of publishing this blog we have received no reply.  This has led us to launch our new campaign – Alive After 65 – Live Long with Clear Air – that calls on NE1 and Newcastle City Council to promote access to our City Centre by ways that will not endanger people’s health.

In our last blog, we shared Newcastle’s official air quality monitoring for 2016 which showed illegal levels of air pollution across the City Centre and South Gosforth Air Quality Management Areas.

Newcastle, like other cities with illegal air quality, has been required to meet air pollution limits in the shortest possible time or potentially face financial penalties. Two of the most effective means of doing this, according to Newcastle City Council’s 2017 Air Quality Annual Status Report (due to be published here) are:

By the same logic, cheap or free parking such as is currently provided in the city centre, without any restriction on the most polluting vehicles, is likely to make air pollution worse. So why, given the City Centre and South Gosforth AQMAs are almost ten years old and air quality is still breaching legal limits, is there a policy to subsidise car parking out of Council funds?

According to the NE1 Business Improvement District (NE1BID)  funding proposal (p44) Newcastle City Council parking subsidies for Alive After Five between 2014 and 2019 will amount to £400,000 in addition to £825,000 from the BID.

Based on NE1BID’s visitor estimates however, the subsidy, funded indirectly by shoppers and residents, could be significantly more. 13.7m visitors over 7 years suggests the subsidy is based on a very low total parking charge of less than 13p per visitor or 21p per car (see footnote for calculation).

A three hour advanced booked parking space at NCP Newcastle John Dobson Street by comparison would cost £6 (advance purchase). Based on this commercial parking rate the Council subsidy could be as high as £16.4m over five years rather than £400k. This is money that could be spent on reducing air pollution, or on essential services if air pollution is no longer an issue.

For example, this money could be used to subsidise bus and Metro travel into the City Centre in the evening to encourage people to use public transport rather than private vehicles. We’ve helpfully updated the Alive After Five advert to show what this approach focused on clear air and better health would look like. 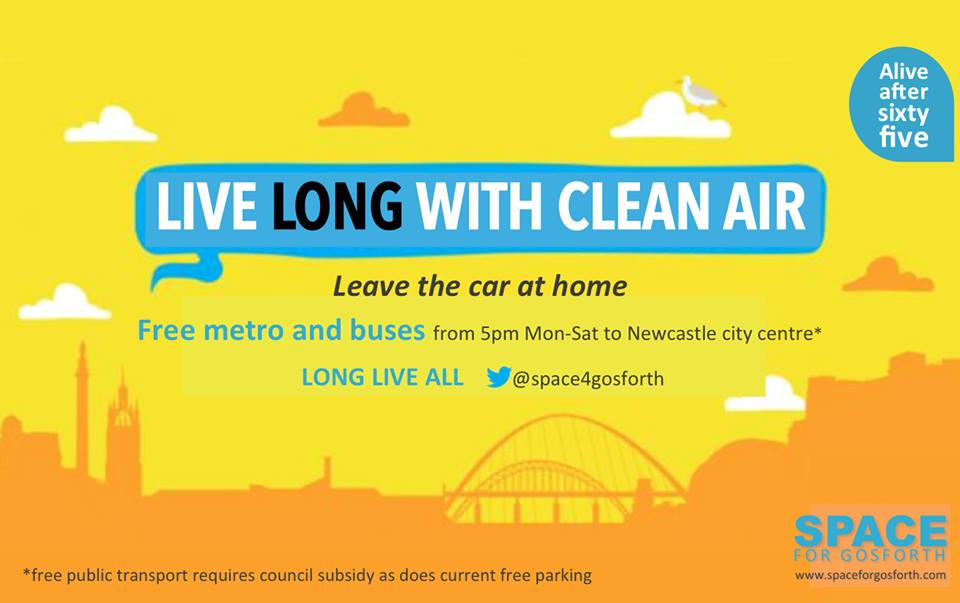 Alternatively, this money could be used to pay for cleaner buses, to improve walking or cycling facilities or to grit cycle routes in winter so that people who wish to can reliably ride into the city.

There is no reason why initiatives such as these should not encourage even more people to visit Newcastle city centre, especially now that the evening economy is well established. At the same time they would also help improve air quality in the city and reduce the financial burden of ill health caused by poor air quality that we all pay for through taxes, currently estimated at twenty billion pounds per annum for the UK as a whole. 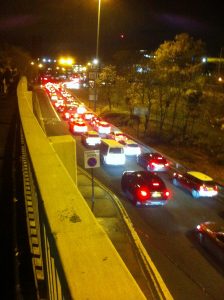 Barras Bridge traffic for a Christmas special event in 2016 blocking access for buses.

The Costs of Free Parking

Studies of the consequences of free parking show that even without the impact on air quality there are issues with this approach. Not having a price to limit demand leads to queues (just like traffic jams on free-to-use roads) and a poor customer experience because spaces are hard to find. It also leads to more traffic caused by people driving around looking for spaces and because it is cheap to visit multiple times rather than shopping once for multiple items, or car-sharing with friends.

It also encourages low spending visitors to use up parking spaces at the expense of visitors who might spend more, and for visitors to stay longer preventing others who might want to shop from using the same parking space. Free parking, rather than being the cause of additional spending in the city, could be putting off exactly those people businesses want to attract.

Poor air quality itself is a risk to City Centre businesses. Who wants to visit or go shopping in a place with a reputation for poor air quality when there are other easier or healthier options? In other parts of the country businesses have realised this and are stepping up to lead on the changes needed to reduce air pollution to within legal limits.

It’s also an opportunity. Without subsidised parking the city may be able to release land currently used for parking to be used for housing or further retail or leisure facilities. This, and cleaner air, will also help it compete with out of town shopping centres like the Metro Centre where there are few good choices but to use a car and where cleaning up air pollution is likely to prove much harder.

We hope our campaign will encourage NE1BID and Newcastle City Council to take an urgent lead on tackling our air pollution, by focusing how to get more people (rather than just cars) into the city by less polluting means; on how to make Grainger Town and the rest of the City Centre a beautiful, lively, vibrant place for people and businesses without adding to air pollution, road danger and other negative consequences of excess traffic.

A. Health Impacts of Air Pollution

In the report “Every breath we take: the lifelong impact of air pollution” by the Royal College of Physicians, they summarise that “Each year in the UK, around 40,000 deaths are attributable to exposure to outdoor air pollution which plays a role in many of the major health challenges of our day. It has been linked to cancer, asthma, stroke and heart disease, diabetes, obesity, and changes linked to dementia. The health problems resulting from exposure to air pollution have a high cost to people who suffer from illness and premature death, to our health services and to business. In the UK, these costs add up to more than £20 billion every year.”

One of the other most effective means of improving air quality is measure 41, “Consideration of the location of essential services such as housing and employment.” Updates to the City’s Local Plan covering planning guidance are being consulted on until 20 November 2017 including new policies on locations for employment sites, District and Local Retail Centres, and locations for Housing Sites. None of these policies make reference to air quality as part of their objectives although there is a separate (though fairly vague) policy relating to environmental protection.

C. Estimating the Council’s parking subsidy per visitor, per car and in total.