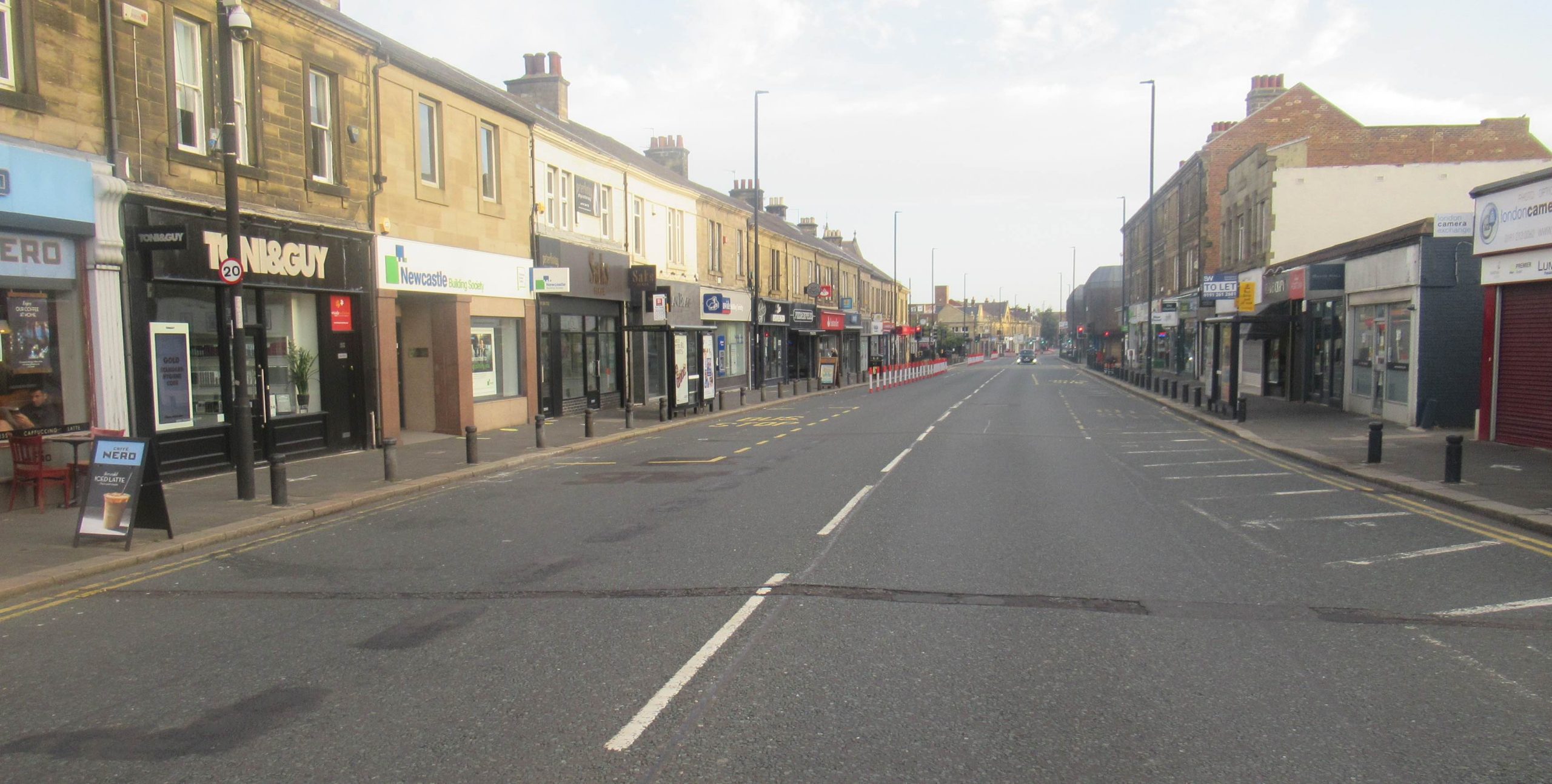 It should be no surprise to anybody that air quality temporarily improved in 2020. In March 2020, the Guardian reported that that the Coronavirus pandemic had led to a huge drop in air pollution right around the world. Newcastle was no different.

Across Newcastle, this led to some of the lowest ever pollution readings ever recorded with only two locations in Newcastle at or exceeding the UK legal limit of 40μg/m3 in 2020.

In Gosforth, the highest annual average reading in 2020 was 28μg/m3, about half the level recorded in 2019. 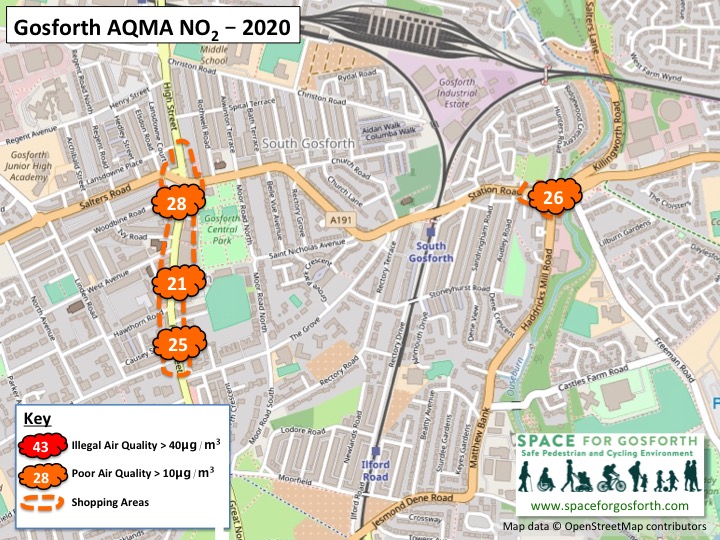 In the City Centre, only Percy Street next to Haymarket bus station was at the UK legal limit (39.5μg/m3 before rounding up). St Mary’s Place, Strawberry Place and Blackett Street were all very close to the limit. 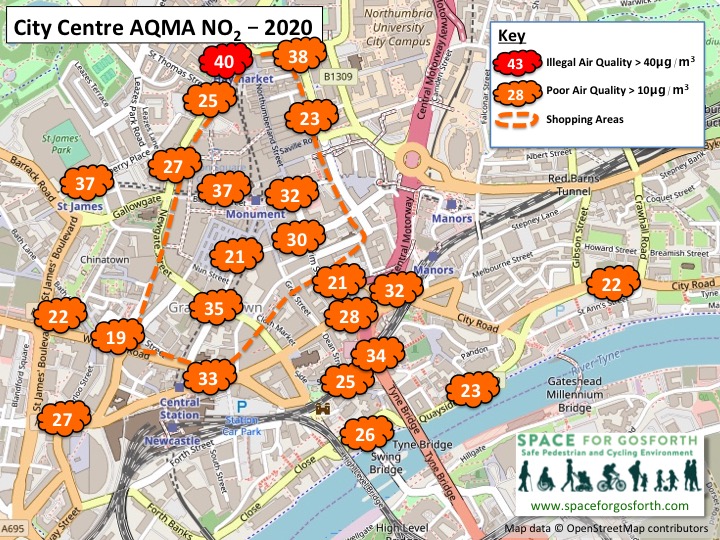 Denton Burn, west of Newcastle, showed a similar reduction to Gosforth. In 2019, the reading at Cowgate roundabout was 51μg/m3. 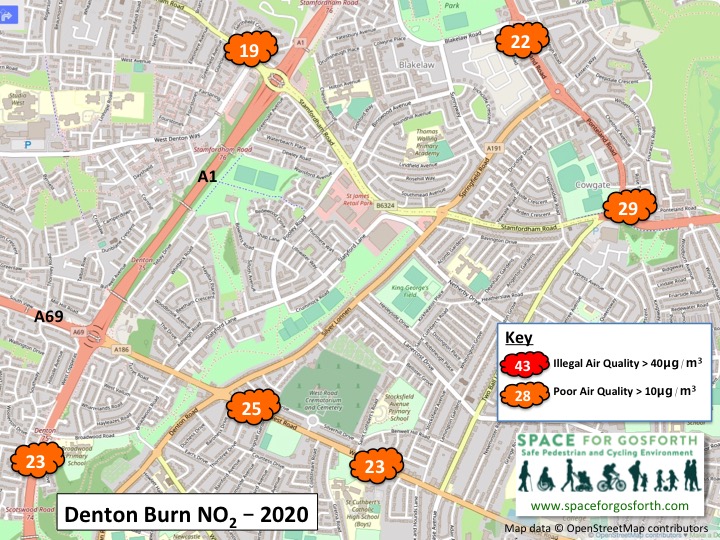 The Coast Road and Byker

In 2019 we said “Newcastle and North Tyneside Councils need to urgently consider measures to address air pollution on The Coast Road as a CAZ [Clean Air Zone] by itself is unlikely to reduce air pollution levels.” To date, no additional proposals have been announced for The Coast Road. 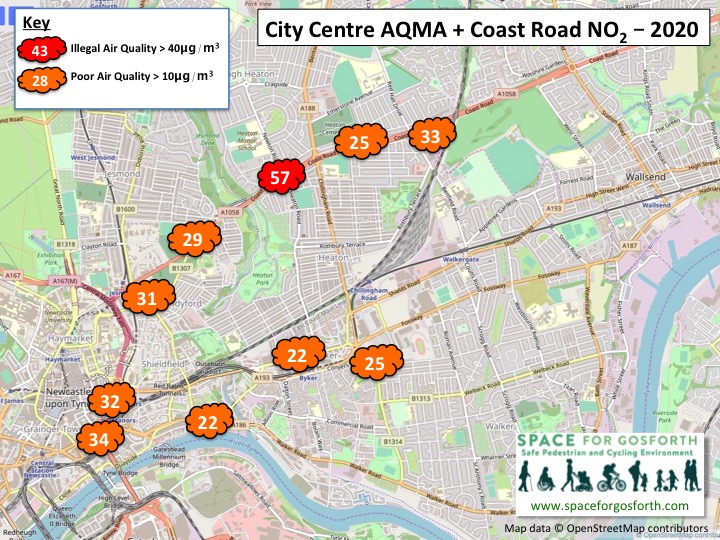 Almost certainly these reductions will be short-lived. The Chronicle reported in September 2020 that “Experts warn Newcastle traffic and air pollution ‘back to pre-Covid levels’ – and could get worse“. Monitoring from the Urban Observatory suggests that traffic levels in 2021 are back at the level they were before Covid.

The WHO also revised its guidance for PM2.5, very small particulate matter pollution, from 10μg/m3 to 5μg/m3. In Newcastle this is only measured outside the Civic Centre. The 2020 reading was 5.5μg/m3.

The Guardian reported in the same article that “Scientists stressed that even the new [WHO] limits should not be considered safe, as there appears to be no level at which pollutants stop causing damage. They said reducing pollution would boost health even in nations with relatively clean air” and that “A 2019 review concluded that air pollution may be damaging every organ in the body, causing heart and lung disease, diabetes and dementia and reducing intelligence.”

A recent report from Imperial College has also concluded that “Exposure to air pollution before the pandemic increased the risk of hospital admissions if a person became infected with COVID-19.”