At SPACE for Gosforth, we have learned that the planning system plays a vital part in our civic life.  At its best the planning process can improve a vibrant, healthy community – but bad planning can leave a legacy of problems for future generations.

The planning process is also a system that is not always understood and is further complicated by the use of legal terms and jargon.

A Busy Citizen’s Guide to the Planning System

As the title implies, this is not a detailed analysis of the planning system. Nor is it a guide for householders or business people wishing to carry out a development, or wanting to find out whether planning permission is needed for a given project – although excellent, bespoke advice and support from project planning to application is available from Blue Kayak at very reasonable prices. It is a brief for those who wish to have an input on matters relating to land use and built development, either with regard to a specific proposal or in more general terms.

What is the planning system, and why should we care? 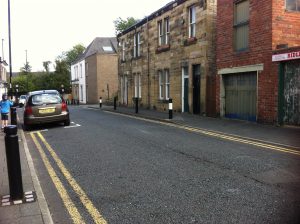 For most of human history, if you wanted to build a house (say) and had rights over the intended site, you would simply do so. During the later nineteenth and earlier twentieth centuries, however, as the population expanded and the Industrial Revolution happened, concerns began to be voiced: firstly, about the growth of slums in the new industrial cities; secondly, about the extension of towns and cities into the surrounding countryside.

The solution – reached in 1947 with the passing of the Town and Country Planning Act – was simple and radical, and has essentially remained in force since then. Anyone wishing to build anything would have to seek permission from the relevant local authority. For its part, the local authority would have to produce a development plan stating what sort of development would be permitted, and where. 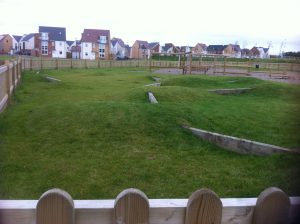 What has changed since 1947 is that local authorities in the UK do not, by and large, build very much themselves. Phrases such as “planners will be expected to deliver x houses in the next 10 years” or “planners wish to build a new shopping centre…” are often used but are shorthand for the process that actually exists, in which planners decide that, should a proposal to build the desired houses or shopping centre be made by a third party, it would be approved. They may, of course, discuss the proposals with developers, but have no power to make them carry them out.

Planning has become one of the key elements of local democracy. Local planning decisions are made in public, by elected politicians, throughout the year, in a forum where any citizen may attend and comment. The decisions don’t just affect what towns, cities and the countryside look like. They affect the way in which places function – whether they support social justice and environmental sustainability, whether enterprise can succeed, and whether people have access to accommodation and employment. 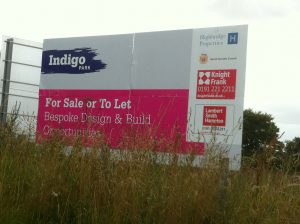 Indigo Park is another local development under construction

Theoretically, whether a development is permitted or not should depend upon whether it is in accordance with national and local policy.

National policy is summarised within a terse document called the National Planning Policy Framework, which falls within a web-based resource called Planning Practice Guidance. These can be accessed here. 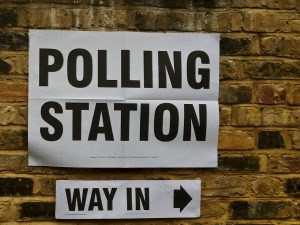 Just about every new government makes changes to the way local planning policy is produced; since the process for producing it is lengthy and involves several stages of public consultation, this means that in terms of its format, it is nearly always out of date. However, a council’s planning policy – currently called, imaginatively, a Local Plan – always consists of a document or documents, accompanied by maps, describing the type, quantity and location of development that the authority would be willing to permit, over a given period of time (normally 20 years). 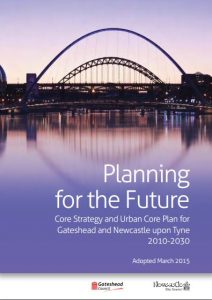 Newcastle City Council has published a number of documents which make up its Local Plan; the most important one is the Core Strategy, which can be accessed here.

Any factor which may be considered in a planning decision is called a “material consideration”; these may include things that aren’t specifically mentioned within local or national policy. However, certain things are “non-material considerations” which may not be taken into account. By and large, these involve effects upon a neighbour where it is only in his private interest, rather than the public interest, that his objection should be upheld. So a proposal may not be opposed on the grounds that it would devalue a neighbour’s house, or that a new business would compete with existing ones. (Since, however, obstructing light is a material consideration, whereas spoiling a view is non-material, the distinction may not always be obvious!) 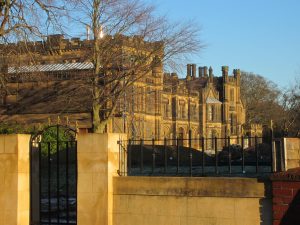 Anyone wishing to build anything else must submit an application. The amount of information required will depend upon the scale of development, and its likely impacts – so a large housing development may be accompanied not just by site plans and drawings of the proposed houses but also by flood risk assessments, wildlife surveys, and so on.

The local authority must publicise planning applications – in general, all are publicised online and may be viewed at local authority offices; they may also be publicised via notices placed on the development site, letters to neighbours and other concerned parties, and/or advertisements in the local press. 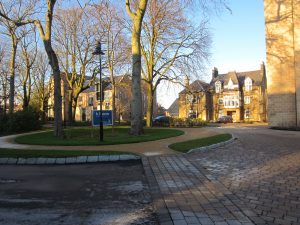 A decision should be made within 8 weeks of a complete application being received – 13 weeks in the case of large or complex proposals. Theoretically, the decision rests with the Planning Committee – a group of councillors chosen for this purpose – but in practice most proposals, particularly less significant ones, are determined by planning officers and are therefore “delegated” decisions.

If a proposal is rejected, the applicant may appeal against the decision. The proposal will then be re-examined by an independent inspector, who may either approve it or uphold the rejection. There is no third-party right of appeal against an approved proposal.

How you can get involved 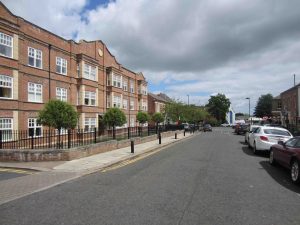 There are two main points at which any citizen may get involved in the planning process: when a Local Plan is being put together, and when a specific application is being determined.

A Local Plan should be extensively publicised through online consultations, public meetings, exhibitions, etc. These should culminate in an Examination in Public – a series of meetings, chaired by an outside Planning Inspector, at which interested parties may speak.

Anyone may comment on a planning application for 21 days (often longer) after it is made public. In Newcastle, the easiest way to find out what applications have been received, and to comment on them, is to look online here.

You can also sign up to receive alerts if an application is made in your area. 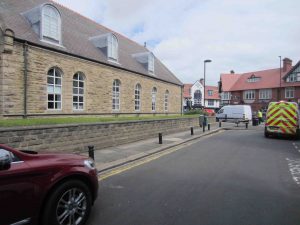 An old building with a change of use – Woodbine Rd, Gosforth

If a proposal is determined at a meeting of the planning committee, objectors and supporters have a right to speak at the meeting. Generally, only a short amount of time will be allotted for this purpose, to be divided between all those who wish to speak on the same “side”; if there are many, it would be advisable to pick one or two people to speak for everyone.

You may, of course, appoint a planning consultant to object to a proposal in writing, and/ or to speak on your behalf at a planning committee meeting. The advantages of doing so are, firstly, that it saves you the trouble of having to go through the various documents yourself to determine where, and whether, the proposal accords or otherwise with local or national policy; secondly, a consultant will have a better idea of what factors should be emphasised in the submission.

Other consultants besides Blue Kayak are available, but they aren’t writing this article, and in any case would, I’m sure, fail to exhibit the same level of detailed analysis and expressive-yet-factual turn of phrase. 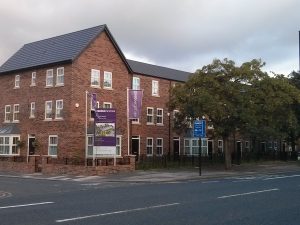 The planning system is supposed to serve the public good. It isn’t supposed to serve the narrow interests of those who wish to see no change at all in their area even if it means people are homeless, nor the narrow interests of housebuilders and landowners who wish to make money even if it harms societies and landscapes. Planners, of course, have a difficult job balancing up the competing requirements of different groups of people and of the environment; most of the time they more or less succeed; we tend to hear about it when they don’t.

We do not have a perfect planning system, but we do have a process which provides everyone with a real opportunity to comment on the way our towns and cities develop; and, theoretically at least, the more people do so, the better the places we create will serve us. 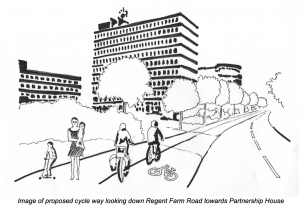 One of our members had this suggestion for a developer contribution

Developer contributions: these are sums paid by a developer to the local authority where the proposed development is thought to make certain social works necessary – things like highway improvements, schools and affordable (i.e. social) housing. By and large, developers will try to argue that they can’t afford them.

There are two main mechanisms by which developer contributions are paid:

Planning conditions: these are requirements set by the local authority when they permit an application. They may, for example, require a landscaping scheme to be submitted and approved before the development goes ahead.

Green Belt: this is an area around a town or city, specifically designated as a place where new development will not generally be permitted. The main purpose is to stop the outward growth of urban areas. Green Belts should not be confused either with “greenfield sites” – i.e. sites which have not been developed in the past – or the open countryside as a whole.

5-year land supply: local authorities are required to show, on a rolling basis, that there is enough suitable land within their area where they would permit housing if it were proposed, to meet the needs of the population for five years. This is important because, if the 5-year land supply doesn’t exist and a housing proposal is rejected, an inspector may approve it even if it conflicts with other policies.

(1)  We would like to thank Josephine Ellis of Blue Kayak for her kind permission to publish this post, originally published on the  Blue Kayak blog.